Australia is set to face off and seal the series against Zimbabwe in the 2nd ODI at Tony Ireland Stadium, Townsville. 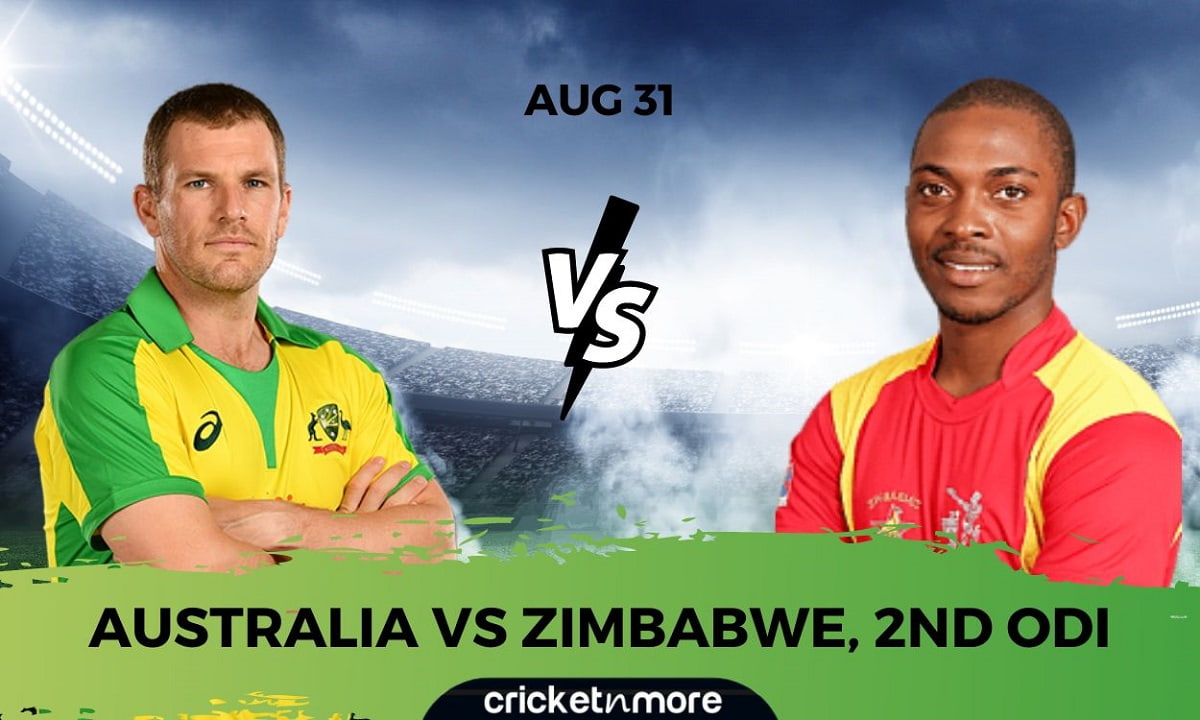 Australia is set seal the series against Zimbabwe in the 2nd ODI at Tony Ireland Stadium, Townsville.

Australia opened their World Cup preparations with a win in the first ODI against Zimbabwe and will now eye to seal the series when both the sides will face each-other on August 31, Wednesday.

In the one-sided affair in series opener match, Australian bowlers wreak havoc on Zimbabwe and thrashed the visitors by 5-wickets and took lead in the three-match series.

Zimbabwe batting first scored 200/10 in 50-overs with the help Wesley Medhevere, who top-scored with 72 runs in 91 bowls. Marumani (45 runs of 91 balls) and skipper Chakadva (31 runs in 33 balls) were the other two batters to contribute in Zimbabwe’s below-par score.

Australian pacer Cameron Green (5/33 in 9 overs) impressed with a fifer to his name and spinner Adam Zampa supported the side with 3/57. Starc and Marsh also scalped one-one wicket each.

Australian batting under David Warner (57 runs of 66 balls) and Steve Smith (48 runs of 80 balls) took the team closer to the total but Glenn Maxwell was the player to watch who played thunderous knock of 32 runs in just 9 balls, hitting three massive sixes and fours. The home team won the game easily by 5-wickets in just 33.3 overs.

Australia is expected to win this match and also seal the series against Zimbabwe in the 2nd ODI with a full-strength squad.

Australian ace all-rounder Mitchell Marsh ruled out of the series due to injury.