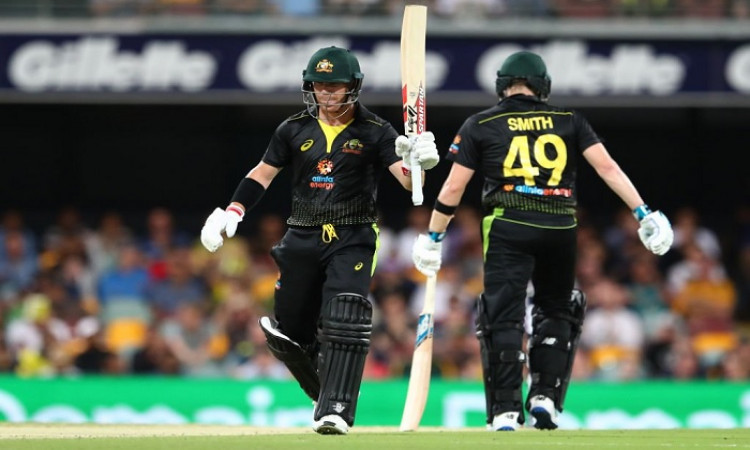 Chasing the target, Australia was jolted early in the proceedings as Sri Lanka skipper and pacer Lasith Malinga packed back opener Aaron Finch in the very third ball of the first over. Finch failed to open his account as the hosts' scorecard read 1/1.

However, there was no looking back from there as Warner and Smith didn't let the visitors make any further inroads in the Australian batting line-up and their 117-run unbeaten partnership was enough to help the hosts cross the line with seven overs to spare.

Earlier, Sri Lanka's decision to bat went wrong as the Australian bowlers didn't allow the tourists to settle in the middle. A disciplined bowling effort from Billy Stanlake, Pat Cummins, Ashton Agar and Adam Zampa, who all scalped two wickets each, bundled out the islanders at just 117 runs in 19 overs.

Sri Lanka stumper Kusal Perera and opener Danushka Gunathilaka were the top scorers for their side with their 27 and 21 runs respectively as all others failed to score.

With this win, Australia have already clinched the three-match series 2-0 with a contest left.