Australia thrash Pakistan by innings and 5 runs in First Test 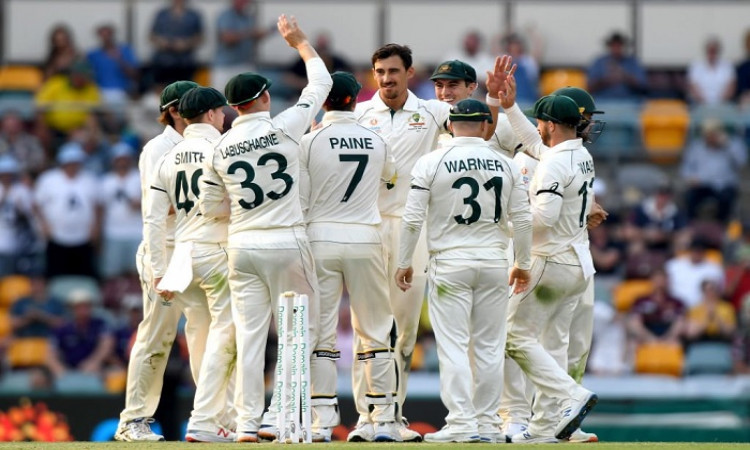 Brisbane, Nov 24: Australia thrashed Pakistan by an innings and five runs on the fourth day of the first Test of the two-match series on Sunday to take a 1-0 lead.

Babar Azam (104) slammed his second Test ton while Mohammad Rizwan contributed with 95 runs to stall Australia's march to victory however, Pakistan was later bundled out for 335.

The Green Brigade were reeling at 64/3 at the end of the third day with Shan Masood and Babar at the crease.

After their departure, Babar and stumper Mohammad Rizwan showed a fightback as their sixth-wicket partnership fetched Pakistan 132 runs. Enroute, Babar completed his century during the stand to become only the third Pakistani batsman to score in triple figures at the Gabba before becoming a victim of Nathan Lyon just before the tea break.

Rizwan kept the fight going and stiched a 79-run partnership with with Yasir Shah (42), before falling 5 runs short of his maiden Test hundred. After their departure, Shaheen Afridi (10) and Imran Khan (5) fell soon as Australia registered a victory in just 84.2 overs.

Earlier, Marnus Labuschagne (185) and David Warner (154) had guided Australia to 580 in reply to Pakistan's first innings score of 240.