Australia on Tuesday unveiled the newly designed indigenous-themed kits for their men's and women's cricket teams for the upcoming summer home season in order to continue their efforts to better recognise and encourage the involvement of Indigenous Aussies in the game. 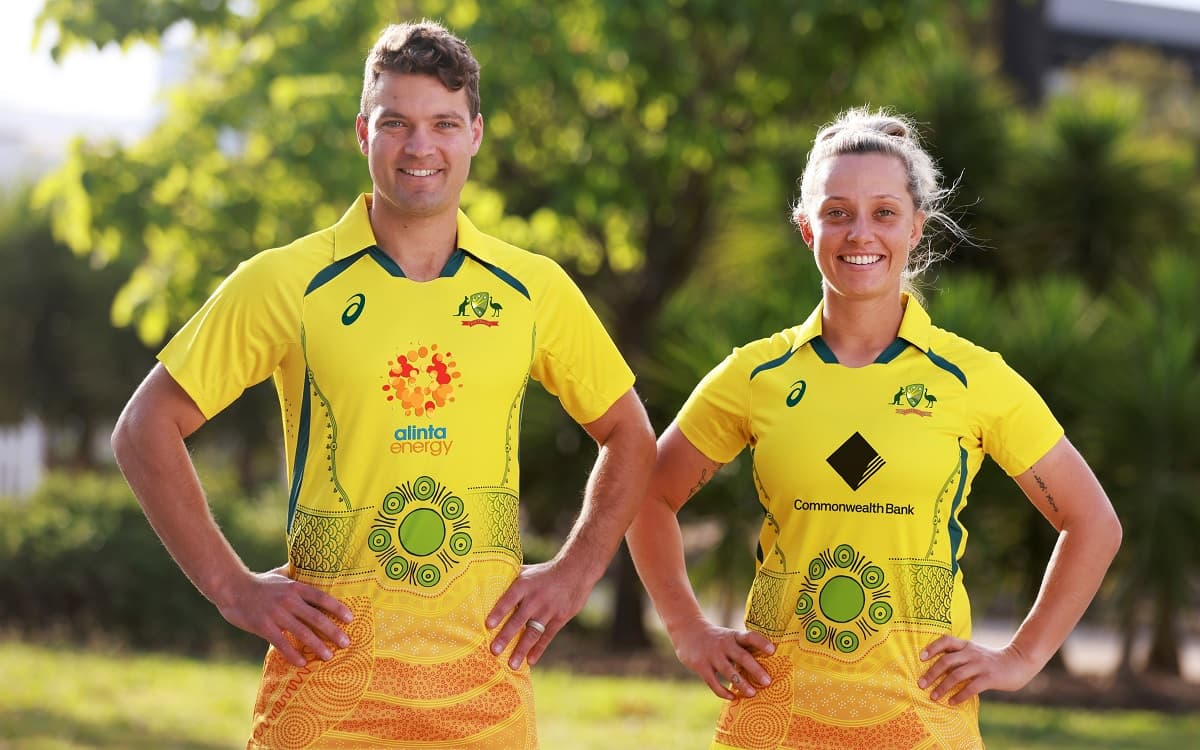 The new design, to be worn by the Australian teams in home one-day internationals, is similar to one worn last summer by the men's team, in black for T20s against India. It will be worn by Meg Lanning's team in their three ODIs against England in February that forms part of the multi-format Women's Ashes.

However, the men will wear the indigenous kit in just one of their three home ODIs this summer, the first ODI against New Zealand in Perth on January 30. They will revert to a plain gold one-day kit for the subsequent ODIs in Hobart and Sydney in early February.

The men will again wear the indigenous kit for their ODIs in Pakistan next March and April, which will be the first time they will wear an indigenous kit abroad, on what will be Australia's first visit to Pakistan for 24 years. It may also return in future ODI series in the 2022-23 home summer.

Notably, the design is again a collaboration between manufacturer ASICS and two Indigenous women, Aunty Fiona Clarke and Courtney Hagen. The pair have been integral to the sport's efforts to engage with the indigenous community, although Hagen recently moved on from her post as CA's Indigenous Engagement Specialist, a cricket.com.au report said.

Clarke, a Kirrae Whurrong woman, is a direct descendent of legendary cricketer 'Mosquito' Couzens (known as Grongarrong), one of the Aboriginal players who toured England in 1868 as part of the first sporting team from Australia to play abroad.

Her Walkabout Wickets artwork features prominently in the design of the new ODI kit. That artwork was unveiled in 2016 and featured on the collars of the Aussie men's Test shirts during the 2019 Ashes and again in last summer's Border-Gavaskar series against India. It will again feature on the collars of the men's and women's Test whites in their respective Ashes series this summer.

Australia's women's side were the first to wear an indigenous-themed shirt in a match against England in 2019 and have been proactive in addressing issues of race in their sport.

Despite the pioneering efforts of the 1868 team, who made a perilous journey by ship to the England and played 47 matches at venues like Lord's and The Oval, only four indigenous men and two indigenous women have played Test cricket for Australia since the first Test in 1877.