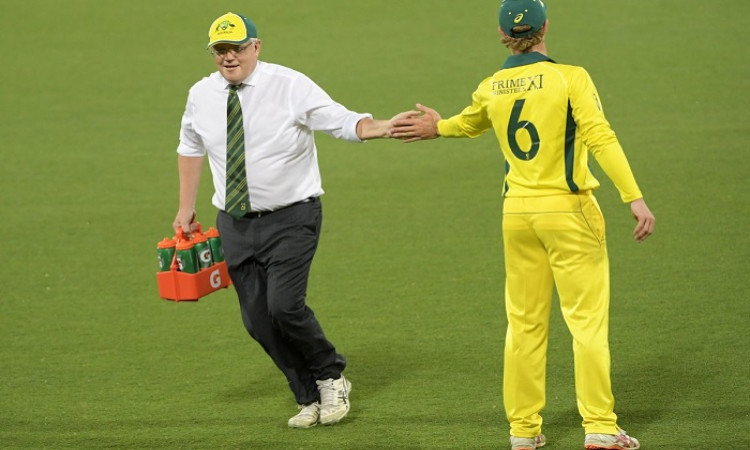 Canberra , Oct 24: In a rare occasion on a cricket field, Australia Prime Minister Scott Morrison acted as a water boy during a practice game between the Prime Minister's XI and Sri Lanka at the Manuka Oval here on Thursday.

Morrison was seen carrying drinks for the Prime Minister's XI and pictures of him doing the job has left the world pleasantly surprised. Meanwhile, Morrison also garnered a lot of respect in social media for his humbleness.

Also Read: We are moving on, we are very clear: MSK Prasad on Dhoni

In the low scoring T20 match, the Prime Minister's XI won the game by one wicket against the Islanders. The visitors batted first and could only put on 130 runs for the loss of eight wickets in their allotted 20 overs.

In reply, Harry Nielsen hit a 50-ball 79, but the hosts' batting line-up fell like a pack of cards and they lost nine wickets before Fawad Ahmed steered his side to victory with a ball to spare.