There was no fairy-tale finish with the bat for captain Aaron Finch, playing in his final ODI match. 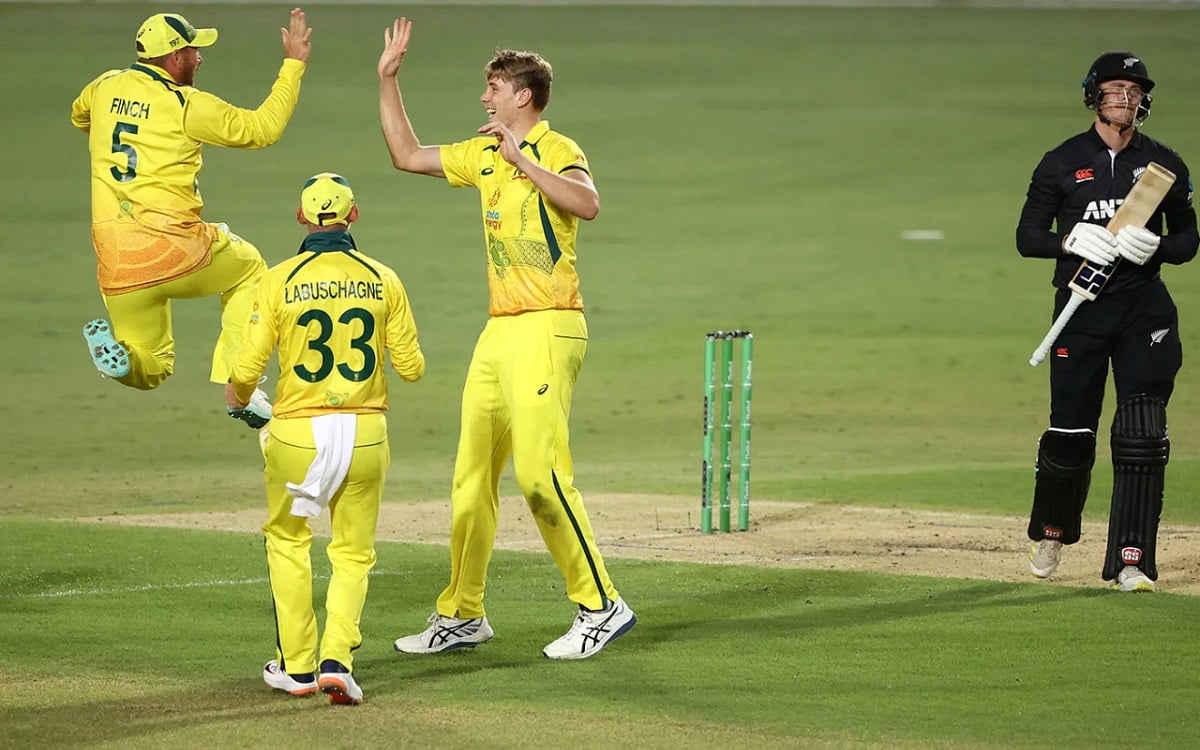 Steve Smith smashed his 12th ODI hundred while the bowlers starred as Australia completed a 3-0 sweep of New Zealand for the Chappell-Hadlee Trophy with a thrilling 25-run win in the third and final match of the series at Cairns on Sunday.

There was no fairy-tale finish with the bat for captain Aaron Finch, playing in his final ODI match.

But he was able to sign off from a 50-over career with a victory, thanks to Smith's 105, with 52 from Marnus Labuschagne and 42 not out from Alex Carey giving him ample support as Australia made 267/5. Then, Australia's bowlers, led by Mitchell Starc's 3/60, put in a collective, spirited effort to thwart a challenge from New Zealand's middle-order and bowl out the visitors for 242.

The 25-run win takes Australia to the second spot in the ICC Men's Cricket World Cup Super League points table with 120 points. They are now five points behind England, who sit on top of the standings with 125 points.

Pushed into batting first, Finch's stay at the crease in his final ODI match lasted only 13 balls, with Tim Southee shattering his stumps. The Australia captain walked off the field to resounding applause from the crowd.

Finch's ODI retirement, owing to a poor run of form in the format, has left Australia with enough time to find his replacement at the top as well as a skipper to lead them in the ICC Men's Cricket World Cup next year in India. However, Finch will be leading Australia in the Men's T20 World Cup at home next month where they will be entering the competition as defending champions.

Australia managed to recover after they lost their openers, Finch and Josh Inglis, in the Powerplay. Smith and Labuschagne stepped up with a 118-run stand for the third wicket. While Labuschagne fell soon after bringing his fifty in 75 balls for 52, Smith converted it into a hundred, his first in ODI cricket in almost two years, coming off 127 balls. Some late fireworks from Carey and Cameron Green (25 not out off 12 balls) propelled Australia to 267/5, with the last 20 overs bringing 161 runs.

In reply, New Zealand's innings failed to take off. After the opening stand was broken for 49 with Devon Conway caught at backward point, they kept losing wickets at regular intervals. Captain Kane Williamson's lean run continued when he made 27 runs off 56 balls, finding just one boundary before being run out in a terrible mix-up.

At 112/5, James Neesham, Glenn Phillips and Mitchell Santner kept the Black Caps in the game in the face of climbing the required run rate. But it was a case of so close yet so far as Neesham, Phillips and Santner were caught out in the deep, giving Finch a winning end of his ODI career as none of New Zealand's batters got a fifty in their innings.