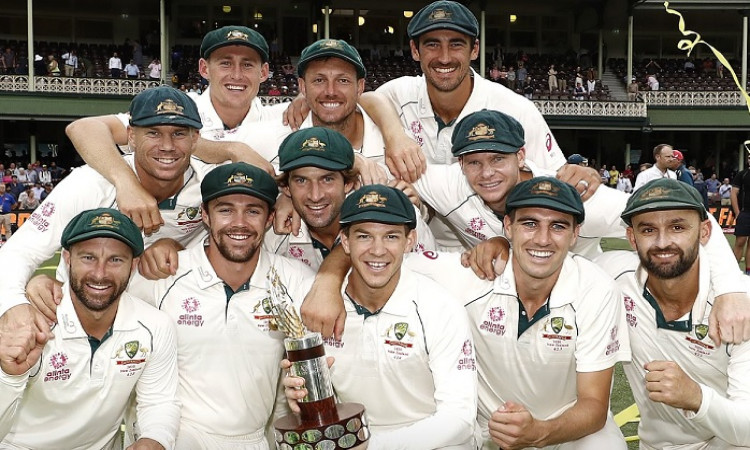 Sydney, Jan 6:  Australia have grabbed a full 120 points from their series against New Zealand and are firmly placed in second position on the ICC World Test Championship points table.

On Monday, Australia defeated New Zealand by 279 runs in the third and final Test at the Sydney Cricket Ground (SCG), whitewashing the visitors 3-0 in the Test series.

Australia are on 296 points and only behind India, who are on 360 points from three series. Australia had earlier gained a full 120 points in a two-match home series against Pakistan and earned 56 for a 2-2 draw with England in the Ashes.

The Black Caps remain on 60 points after two series, having split points for a 1-1 series draw with Sri Lanka earlier on. Sri Lanka and Pakistan are slightly ahead with 80 points each.

England and South Africa, currently engaged in a four-Test series which hosts South Africa lead 1-0, are on 56 and 30 points, respectively, while the West Indies and Bangladesh have yet to earn a point after one series each, played against India.