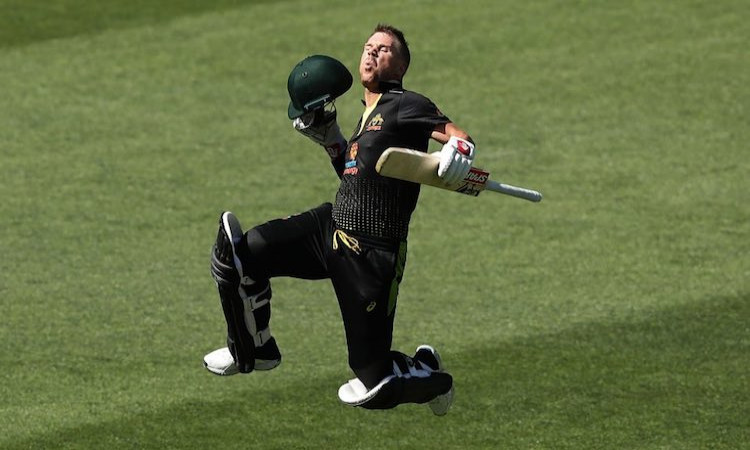 Adelaide, Oct 27 - David Warner roared back to form and underlined his class in white-ball cricket as Australia laid down a ruthless marker for the start of their year-long preparations for next year's T20 World Cup at home by sweeping Sri Lanka under the carpet with a 134-run victory in the first T20 here on Sunday.

This was the hosts' highest-ever total on home soil and fourth highest overall. Warner smashed an unbeaten 56-ball 100, getting to triple figures in the last ball of the innings as skipper Aaron Finch (64) and the promoted Glenn Maxwell (62) provided the perfect complement to Warner's return after a forgettable tour of England in the Ashes.

Ashes star Steve Smith did not have to bat as the Aussies took the Sri Lankan bowlers to the cleaners to post 233/2 in 20 overs after visiting captain Lasith Malinga elected to field first.

Warner and Finch shared an opening wicket partnership of 122 runs while the former associated with Maxwell for another 107 runs.

For Sri Lanka, Lakshan Sandakan and Dasun Shanaka took one wicket each.

Chasing a daunting 234 for victory, Sri Lankan batsmen gave a poor account of themselves and could manage 99/9 in 20 overs. Adam Zampa returned best figures of 3/14 as pace spearhead Mitchell Starc (2/18) and strike bowler Pat Cummins 2/27) grabbed two wickets each. Shanaka top-scored for the islanders with 17.