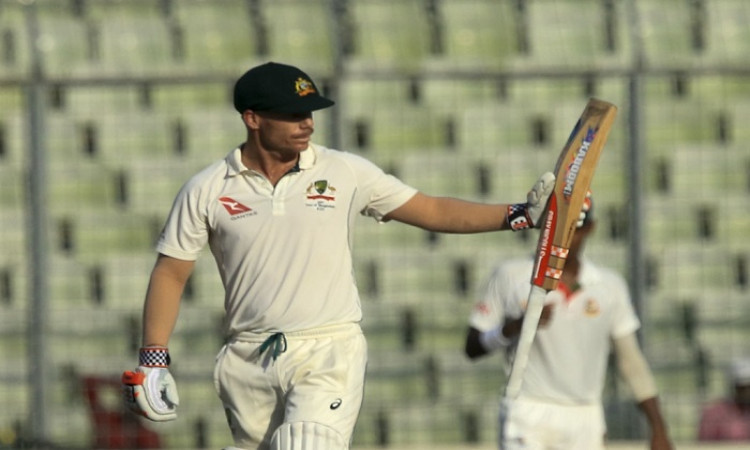 Melbourne, March 28 (CRICKETNMORE): After it emerged that Australia's bowlers threatened not to play alongside David Warner in the final Test in South Africa after the ball tampering row last year, Cricket Australia (CA) chief Kevin Roberts on Thursday dismissed concerns over the return of the team's former leaders unsettling the resurgent side.

The then Australia skipper Steve Smith and his deputy Warner were slapped with a one-year international ban while rookie Cameron Bancroft was suspended for nine months by Cricket Australia in March last year for their role in the ball-tampering scandal in South Africa.

"What we're focused on is doing everything we can to support Dave, Steve, Cameron and all the other players in support staff with this reintegration to build harmony rather than to disrupt the harmony that is building," Roberts was quoted as saying at the Melbourne Press Club by the Sydney Morning Herald.

"At the same time, let's be open about it. At any workplace you don't have to be best mates with everyone you work with. There needs to be a foundation of respect, absolutely.

"I think there's growing respect there and we'll continue to support players, with the right discussions, and work those through to continue building respect in those relationships," he added.

"As to whether every player in the men's team or women's team is best mates with the rest of their teammates, it's not far different to any other workplace where we'll have some very close friendships, some cordial relationships and some that are a bit more challenging," Roberts further stated.

Since Warner, Smith and Bancroft played crucial roles in the infamous "sandpaper gate" which led to their suspension, there have been reports that star bowlers Mitchell Starc, Josh Hazlewood, Pat Cummins and Nathan Lyon were intending to withdraw from the fourth Test of last year's infamous series if Warner was allowed to play.

Warner was not charged initially, while Smith and Bancroft were censured by the International Cricket Council (ICC) for their involvement in the Cape Town controversy. But a CA investigation later found Warner to be the "architect" of the entire plot.

Warner and Smith on Thursday completed the 12-month suspension imposed by the CA and the two are now free to continue with their international commitments.

Australia's performance in the shorter format has been impressive in the last two months as back-to-back away ODI series wins over India and Pakistan have revived their hopes of defending the World Cup title in England and Wales in May-June.