Aus vs NZ: Amy Satterthwaite On The Verge Of Playing 100 T20I

New Zealand vice-captain Amy Satterthwaite, who is on the cusp of her 100th T20I, will be facing a challenge of a different kind on the Australian tour. She is accompanied by her daughter Grace on the series Down Under. 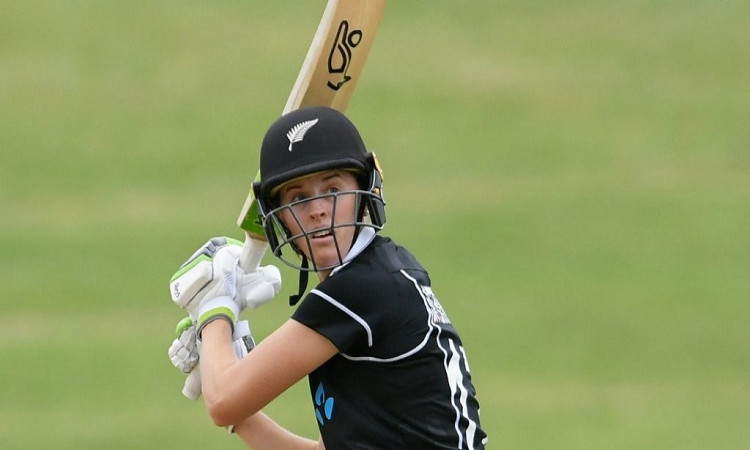 The experienced duo of Satterthwaite and Lea Tahuhu had their first child in January this year. "We've got a nanny on tour looking after Grace when we train which has worked really well so far," said Satterthwaite.

Satterthwaite, who has been sitting on 99 appearances since taking maternity leave said, if selected, she would cherish the opportunity to bring up her century in the upcoming series to be played at the Allan Border Field.

Following the three T20Is, the teams will play three ODIs with the Rose Bowl trophy up for grabs.

"I think it's pretty special as it makes you reflect on your career and what's gone before. It's really special to have Grace here and to be able to come back and play after giving birth, I'm really proud.

"There's always those nerves and apprehension about how you're going to go when you've been out of the game for a while, but I feel I've been hitting it well in the nets, so I'm ready to go.

"We vetted the nanny pretty hard before she came in," said Satterthwaite.

"She's a local from Brisbane, so we had to make sure she wasn't leaking info to the Aussie camp, but we've converted her into a Kiwi I think."