Aus vs Ind: Tendulkar Explains Why India Collapsed To An Embarrassing Loss In 1st Test

The absence of a full-stretched forward stride as well as a half-and-half defense, especially while facing fast bowlers, was Indian batsmen's undoing that led to an embarrassing eight-wicket defeat to Australia well inside three days in the first Test, points out batting maestro Sachin Tendulkar. 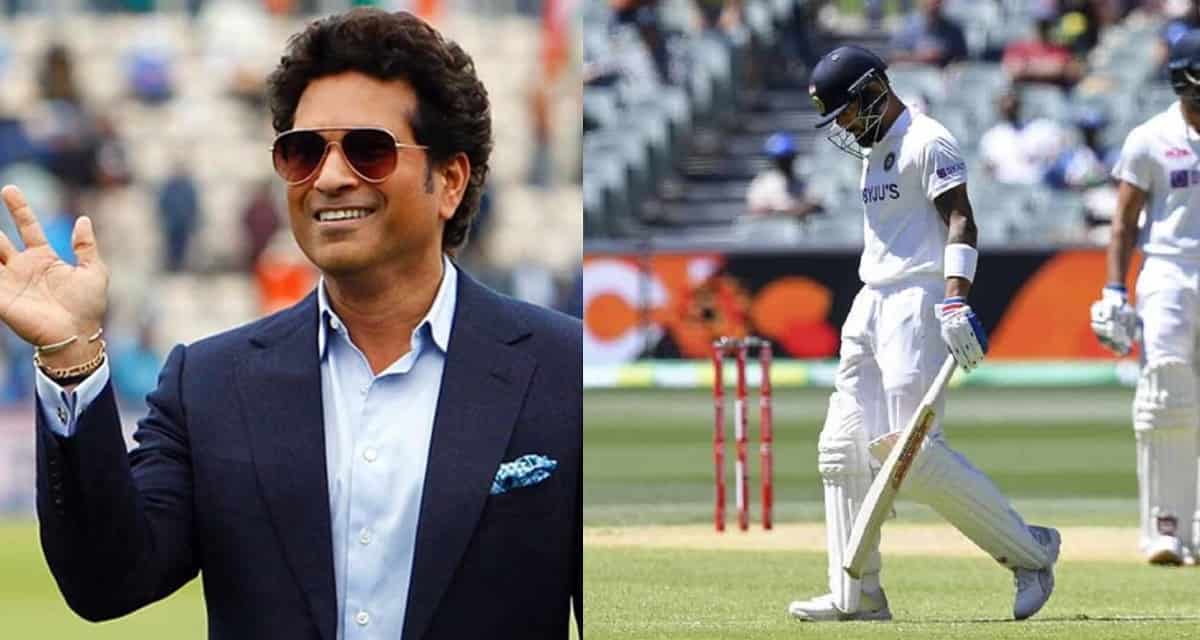 "I thought in the first innings we batted well and showed a lot of resilience. In the second innings, there was not much playing and missing by our batsmen. The ball wasn't moving around too much; just a little bit. Normally, when batters score runs we don't look at other elements, like the number of times he was beaten, etc.," Tendulkar told in an exclusive interview after the Adelaide Test.

"But we talk about a number of aspects when the batter has edged the ball. Off similar deliveries, when you are beaten and when you are scoring runs, nobody talks about those. One change that one can talk about was getting a nice, big stride forward, which I felt was missing. In foreign conditions, I feel with a good stride forward against fast bowlers becomes important," said the only batsman in the world so far to score 100 international centuries.

"A half-and-half defense (short stride) can always trouble you and if there's a little more movement off the seam then your hands tend to compensate for the lack of footwork. What I also simultaneously noticed was that the Australians bowled very much on off stump -- much, much tighter -- and not outside the off stump whereas they bowled outside the off stump in the first innings," he said.

Tendulkar pointed out that India had an upper having made just 244 in the first innings and having bowled out Australia for 191 to take a lead of 53 runs. But in the second innings, India capitulated for their lowest ever score, 36, with no batsmen entering a double-digit score. Australia knocked of the required runs for victory at the loss of two wickets.

"We lost Prithvi Shaw early (in second innings) and then I still remember Jasprit Bumrah played that evening -- and how the team responded to that. Overall, the feeling was good in the dressing room. The next morning that only element that I felt could have been better was a little more precision in footwork, more so while playing on the front foot -- getting a nice, full stride forward, which I spoke about earlier here," he said.

"If you get a nice stride forward while defending then your hands stay close to your body. When your stride is not nicely stretched forward then your hands tend to go away from the body, towards the ball. I would say that getting a good stride forward can help a lot of players," said the master batsman, who always laid emphasis on preparation.