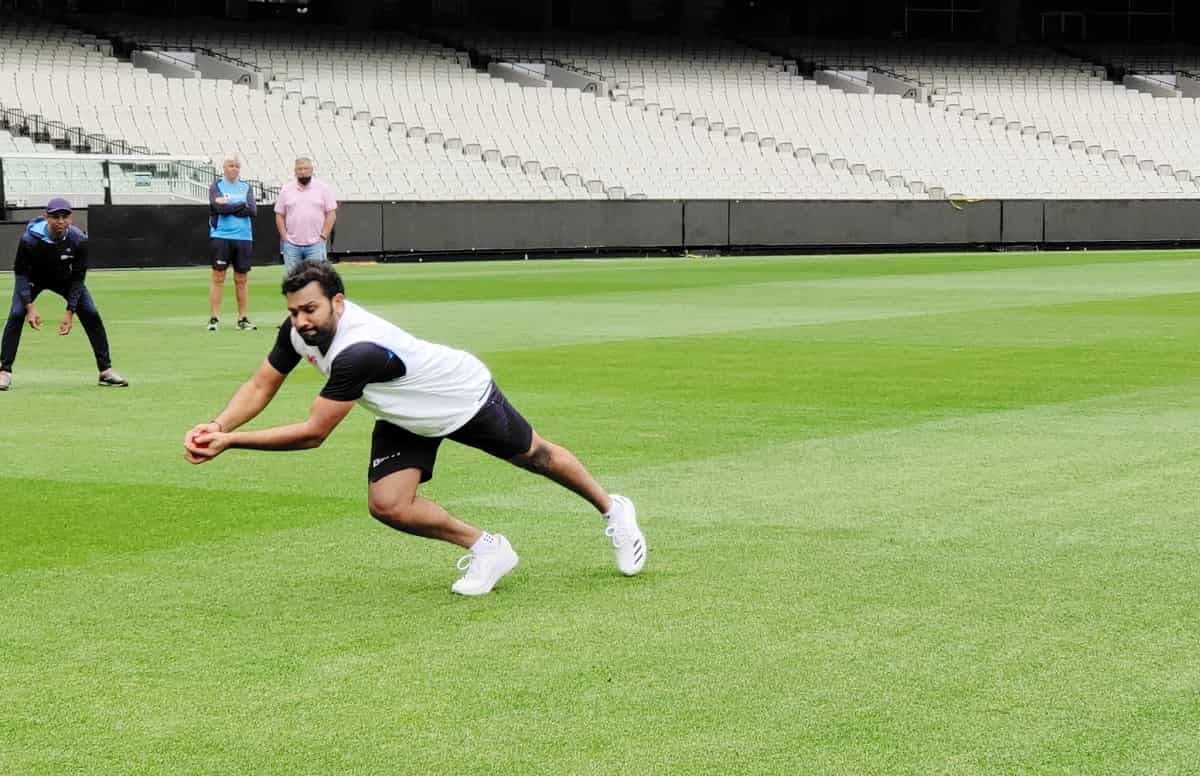 Rohit, who had been in a 14-day hard quarantine in Sydney after his arrival from India in mid-December, flew to Melbourne on Wednesday to join the team.

On Thursday, the BCCI tweeted pictures of the India opener doing catching practice.

"The engine is just getting started and here is a quick glimpse of what lies ahead," the BCCI wrote on twitter with the pictures.

The engine is just getting started and here is a quick glimpse of what lies ahead. #TeamIndia #AUSvIND pic.twitter.com/3UdwpQO7KY

Rohit's match fitness will be crucial as he has not played any cricket since the Indian Premier League final on November 10.

He had stayed back in India to recuperate at the National Cricket Academy (NCA) in Bengaluru even though the decision made the regular India skipper Virat Kohli unhappy.

Kohli had said prior to the ODI series that he had not been informed about Rohit's progress and that he would have loved to have him recuperate in Australia instead of NCA.

Since arrival, the hard quarantine has meant that he has not had a chance of practice.
India coach Ravi Shastri made it clear that Rohit wouldn't simply walk in to the side.

"We will have a chat with him to see where he is placed physically because he has been quarantined for a couple of weeks. We will have to see now how he feels before we take the call," Shastri had told media after the second Test which India won.

Rohit last played a Test over a year back, against Bangladesh in Kolkata. That was also India's first pink-ball Test.