Former Australia batsman Michael Hussey believes the Indian team management should support underfire opener Prithvi Shaw and include him in the playing XI for the second Test starting Saturday at the Melbourne Cricket Ground. 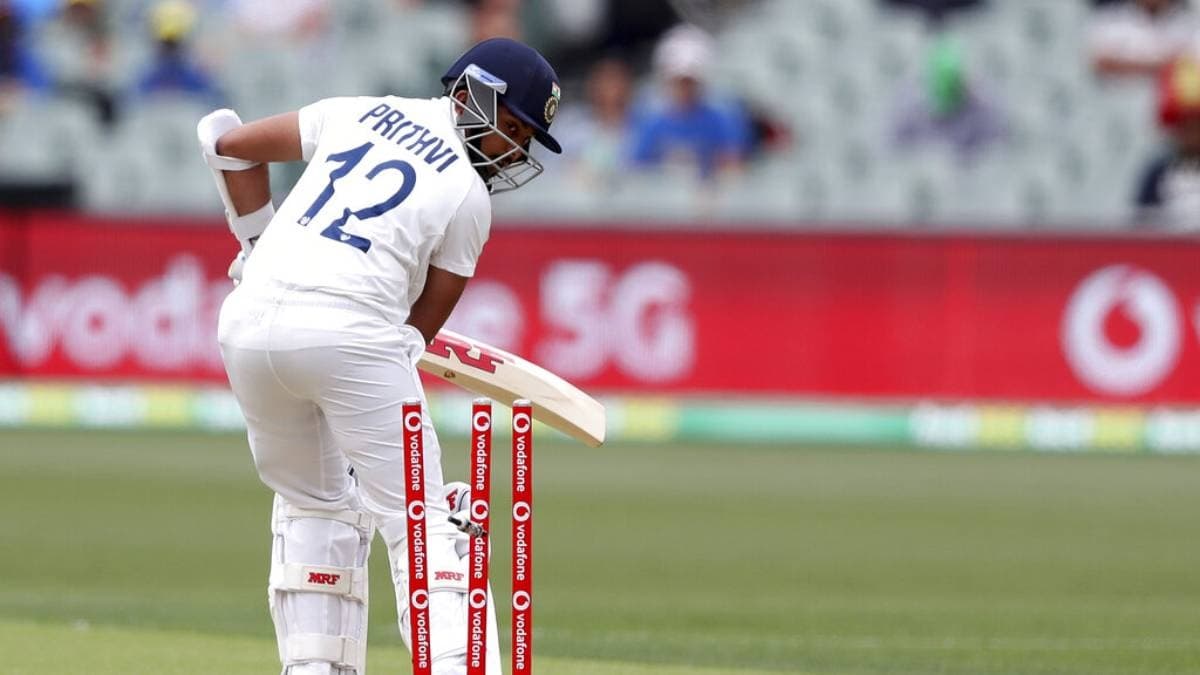 Shaw was bowled for a second-ball duck in the first innings of the first Test and had his stumps rattled in the second innings at the Adelaide Oval in the pink-ball match which India lost by eight wickets.

"I think that selectors should show some faith in Prithvi Shaw. Yes, he didn't get any runs in this Test match but it's one Test, against some quality bowling of a difficult pitch to bat," Hussey told ESPNcricinfo.

Citing Joe Burns' example, Hussey added: "Joe Burns was averaging less than seven in FC cricket. The selectors showed faith in him. He got out cheaply in the first innings but he slowly got his confidence back, worked his way through it and you see the character of the guy and he ended up scoring 50 not out."

Shaw had failed to get a fifty in both the warm-up games prior to the first Test, making just 62 in four innings at an average of 15.5, prompting both Allan Border and Sunil Gavaskar to say that with a loose technique he shouldn't be playing the pink-ball Test.

His competitors for the opening spot, KL Rahul and Shubman Gill have fared better in recent times. Rahul was the top-scorer in the Indian Premier League which though is played in an altogether different format. But his confidence was high.

Gill, on the other hand, had done better in the two warm-up games aggregating 127 in four innings at 31.75.

"For Prithvi Shaw, find out about his character. Show that faith in him, give him that belief, and tell him 'look, we're backing you'. The Melbourne pitch will suit him a lot more. It certainly won't have the same pace and bounce. He's obviously got enormous talent," Hussey said.

"What it does is that it sends a great message to the rest of the team. It's like 'Look guys, even if you have a bad Test here or there, we're not going to lose faith in you'. We know you're good players and we'll back you. I firmly believe that selectors should stick with Shaw despite not looking in great touch in the Test match," he added.