Aus vs Ind: Jadeja Likely To Be Out From The First Test Against Australia

Indian all-rounder Ravindra Jadeja is most likely to remain unavailable for the first test match against Australia, cricket journalist Boria Majumdar has said. 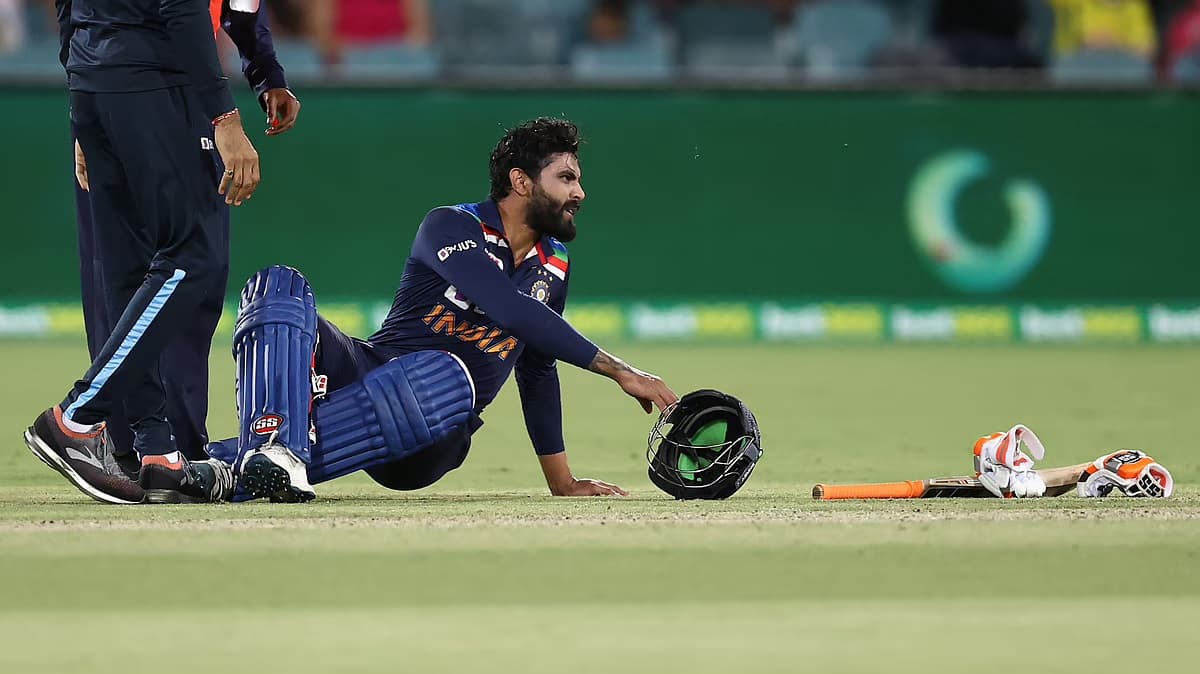 Speaking on his youtube channel Sports Today, Majumdar looked convinced while saying Jadeja being "well and truly out of the first test and maybe for the second test".

Ravindra Jadeja was hit by a rising delivery from Mitchell Starc during the first T20I played in Canberra last week. However, he continued to bat for four more balls to get India to a decent total, which eventually helped the team win. Even before Jadeja was hit on the head, he was seen struggling with a hamstring issue in the 18th over.

All-rounder did not take the field in the second innings, and Yuzvendra Chahal came in as a concussion substitute for him. Jadeja got officially ruled out from the T20 series after the completion of the game.

Majumdar explained that there is no update on whether the Hamstring injury is grade 1 or grade 2, but Ravindra Jadeja is not going to be ready for Adelaide.

India will be playing their first test match against Australia from 17 December in Adelaide.