Australian pace bowlers Josh Hazlewood and Pat Cummins reached personal milestones as they completed 200 and 150 Test wickets, respectively, in the first session of the third day's play on Saturday morning as the hosts restricted India to 36 for nine in their second innings. 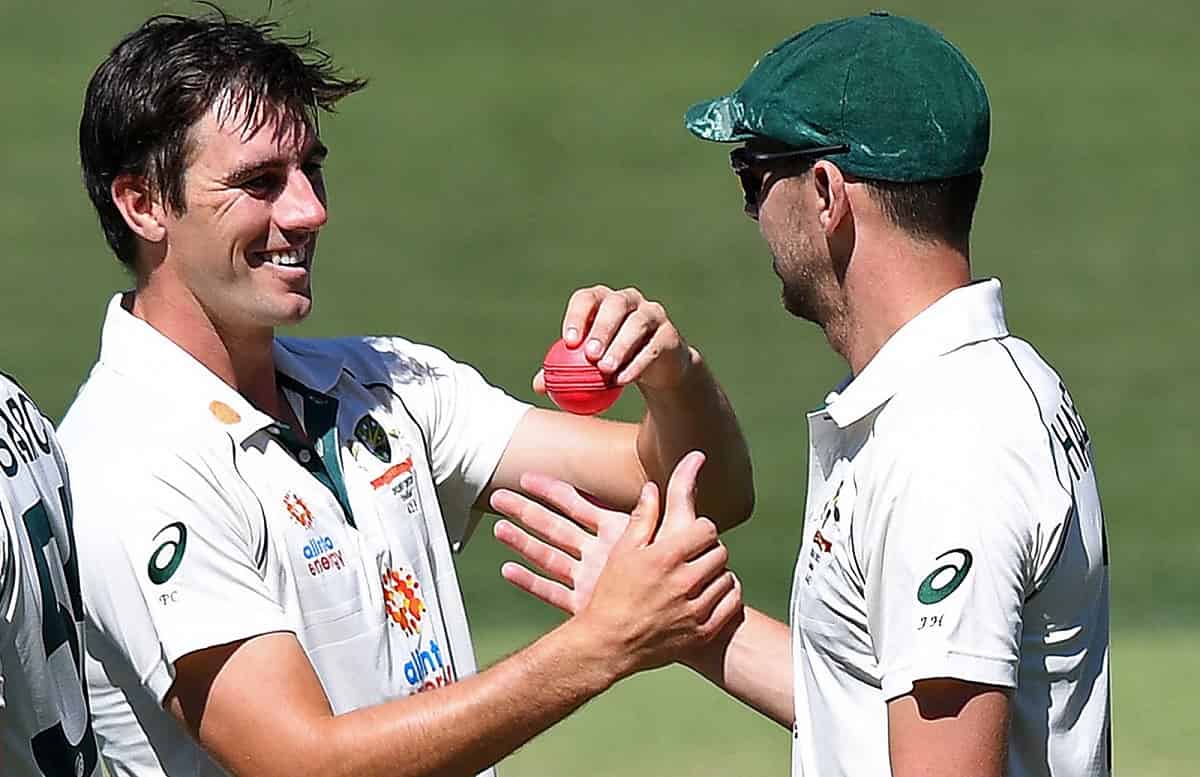 Mohammed Shami, the No. 11, could not bat as India fell to their lowest-ever total in Test history.

Hazlewood, who took five for eight, got rid of R. Ashwin to reach 200 wickets while Cummins, who finished with four for 21, got the wicket of skipper Virat Kohli as his 150th Test wicket. Hazlewood became the 18th Australian to get to 200 wickets.

"It is good fun. We are obviously good mates, played a lot of good cricket together... they have milestones too in sight," said Hazlewood for Mitchell Starc and Nathan Lyon, who went wicketless on the day. Starc has 248 wickets and Lyon has 391.

"It is good to come out and take 20 wickets every match," added Hazlewood.

Former Australia pace bowler Glenn MacGrath, who handed Hazlewood the baggy green cap exactly six years ago on December 17, 2014, said on TV, "He is a quality bowler, there is no doubt about it. It is nice to see. Not just an intelligent fast bowler because a lot of bowlers are intelligent bowlers. But his consistency, pace, bounce and control has been excellent."

Talking of Mayank Agarwal's wicket, McGrath said, "That was Hazlewood's first ball (of the innings). He put every ball exactly where he wanted it to be. That is a good thing for a fast bowler to learn, don't warm up, because it gives the batsman a sighter and get used to your bowling."

McGrath added that the extra bounce that the 6-feet 4-inch-tall Hazlewood gets helps him.

"The extra bounce he gets helps. We have seen a couple keep low and the batsmen had to play at them and they were good enough to find the edge," added McGrath.

Former India pace bowler Zaheer Khan said that the line he bowled forced the batsmen to commit to it.