India captain Virat Kohli said that the defensive approach of his teammates while batting was to blame for their collapse on Day 3 of the first Test against Australia as opposed to the rustiness of playing Test cricket after over nine months or Australia's bowling. 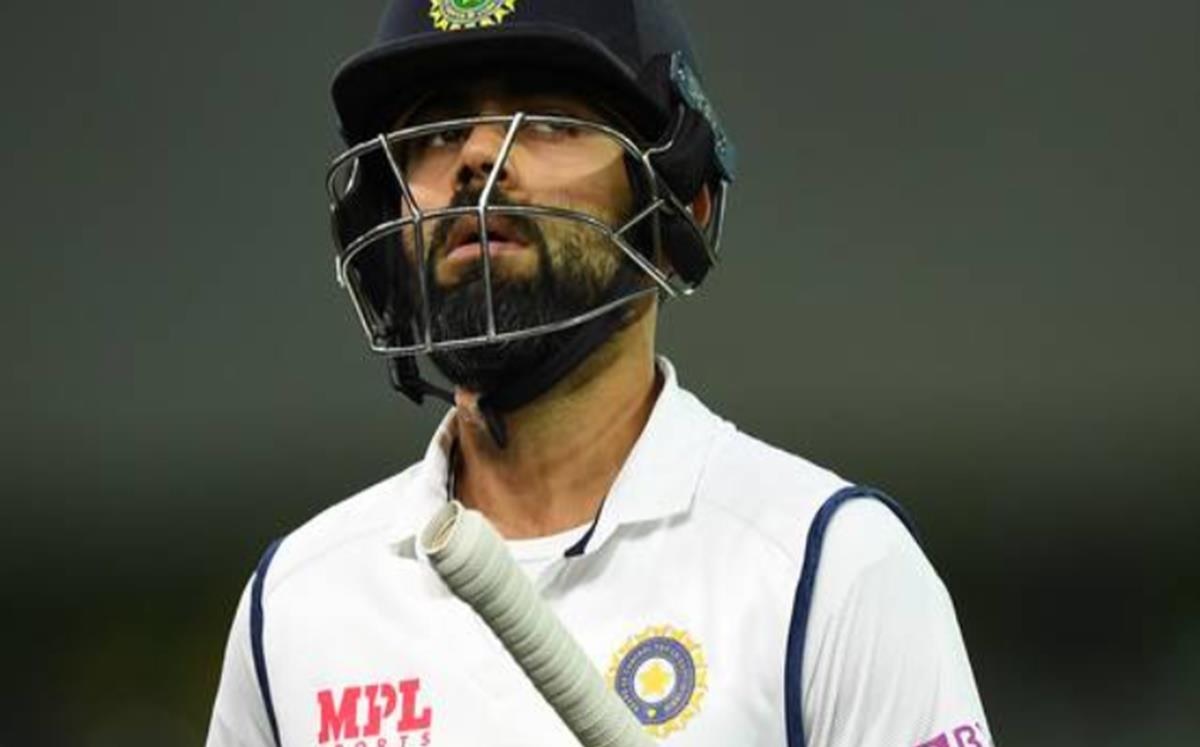 India were on Saturday bowled out for 36 -- their lowest ever score in Test cricket -- and eventually lost the match by eight wickets at the Adelaide Oval.

"They bowled similar lengths in the first innings. We were handling it better then and had a plan around it. We knew how we wanted to go about things. A bit of a lead can be very tricky. As a batting unit, you can go into a headspace where you feel like you are just 50-60 runs ahead, and you don't want to lose early wickets. That thinking allows the opposition to come into the game. You always have to be positive. You can't afford to be like that," he told reporters after the match.

Kohli added that the batsmen's approach made the Aussie bowlers look more potent. Josh Hazlewood picked five wickets for eight runs while Pat Cummins took four for 21 as the Aussies picked four wickets with the team score on 15 and five in the space of four runs.

"I said that we lacked intent because we probably should have seen where the game needs to go rather than where it has come till now. The batsmen needed to keep moving the game forward which they weren't able to do. I think the way we batted allowed them to look more potent than they probably were in the morning because they bowled similar lengths in the first innings as well and we batted way, way better in the first innings than we did in the second innings," he added.

"You have to think that I have to take this game forward and have to play extremely solid. Defensively, you could be sound, feeling comfortable. Whenever I have batted in such situations, individually I have always gone ahead with plans that in this kind of a situation if we score 30-40 runs quickly, we can take the game forward. Those things always matter. You can make as many team plans as you can but in these important moments, individuals have to go forward with their own mindset. The match goes towards the win with this. We showed lack of intent and if the opposition gets that sense then they can completely put you under pressure," he added.

Kohli also blamed Indian fielders for dropping catches and letting Australia get off the hook and reduce the deficit. India dropped four catches including one of skipper and man-of-the-match Tim Paine, who was dropped by Mayank Agarwal at deep square leg. Australia were 111 for seven at that time with Paine on 26. The Aussie skipper went on to make 73 not out and took the team to 191, within 53 runs of India's total.

"It (dropped catch of Paine) was very crucial. I think they were seven down for 110 (111) if I am not wrong when Tim Paine offered a chance and then he got 70-odd... even Marnus Labuschagne survived a couple of chances. So look, in Test cricket, you have to take your chances when they come your way because they can be very, very costly and we realized that the repercussion of not taking the chances can be very harsh and in Test cricket, teams will not offer you opportunities again and again and you have to take when they come your way and try and capitalize.... That definitely would have been a boost for us if we had a lead of a few more runs and with over a 100-run lead (in first innings) followed by a decent batting effort... then the opposition begins panicking," said the skipper.

Kohli also said that playing Test cricket after nine months was not the cause of any rustiness.

"I don't think so. We have played enough cricket to understand what needs to be done at different stages in a Test match. Yeah, it is just lack of execution. It is just the lack of executing the plan that is apt for the situation which is -- Day 3 is to move the game forward. It is called the moving day, drive home the advantage with a lead of 62 with which we arrived today with nine wickets in hand. We should definitely have put in a stronger batting performance. So I don't think there is any mental fatigue involved. I think this is the first Test of the series. So that is not the factor," he added.

Kohli however hoped that the team will do well in the second Test at the Melbourne Cricket Ground.

"I am pretty confident that the team is going to bounce back in Melbourne, and a few of the guys are going to realise their true character and how they can step up. I am very, very confident that we will definitely learn from this. I don't think we ever had a worse batting performance. We can only go upwards from here and understand that as a team we can do special things when we think of partnerships and batting together. I very, very confident that we will bounce back strongly in the next one. I have no doubts at all on that. You will see guys stepping up and realizing their true character and doing the job for the team