The five Indian cricketers who have been facing a probe into the alleged breach of Cricket Australia's (CA) bio-security protocols and were put in isolation could face fines if investigations find them guilty going by the past instances of the cricketers. 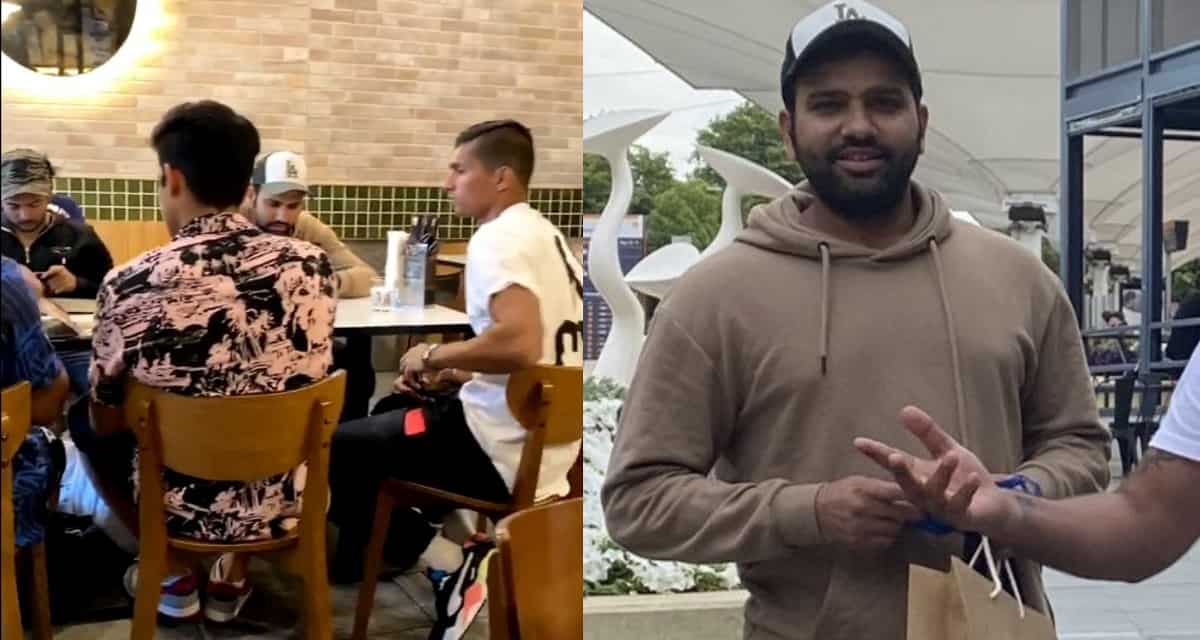 Rohit Sharma, Rishabh Pant, Shubman Gill, Navdeep Saini, and Prithvi Shaw have been put in isolation as both the Australian and Indian cricket boards launched an investigation into a video in which they were seen sitting indoors in a restaurant and suspected to be in breach of Cricket Australia's bio-security protocols.

Last month, just a couple of days before the start of the India-Australia Test series, Cricket Australia (CA) had found Chris Lynn and Dan Lawrence, who were representing Brisbane Heat in the Big Bash League, breaching its code of conduct for the T20 tournament.

Both players and members of the public came in close contact and a selfie of the incident later emerged on social media which prompted CA's investigation.

Brisbane Heat were fined USD 50,000, with USD 20,000 suspended for the remainder of the BBL season for a breach of sections 1, 3, 4 and 9 of the Covid-19 Directive for State Associations and W/BBL Teams.

Both Lynn and Lawrence were charged for four breaches of CA's code of conduct. The players were fined USD 10,000, with USD 4,000 suspended for the remainder of the BBL 10 season.

The England and Wales Cricket Board had in July fined their premier fast bowler Jofra Archer with an undisclosed amount for breaching the bio-bubble and going to his home in Brighton after the end of the first Test in Southampton. He was also dropped for the second Test as a penalty.

As per the protocols for players and officials in the ongoing India-Australia series, players are allowed to eat in restaurants but they need to sit outdoors and not indoors. They can also walk and not use public transport.

Controversy emerged after a fan, named Navaldeep Singh, posted a video of the players eating inside the Secret Kitchen Noodles & BBQ restaurant in Melbourne and also claimed that he had hugged Rishabh Pant. Though he later retracted saying he had not hugged Pant.

The breach at the restaurant assumes significance especially after a recent rise of Covid-19 cases in Victoria, where Melbourne is located, and around Sydney in New South Wales where the third Test will be played from January 7.

A statement from Cricket Australia earlier in the day had said that it, along with the Indian cricket board, has started investigations into a possible breach by players.

"The Board of Control for Cricket in India (BCCI) and Cricket Australia (CA) were today alerted to a video post on social media that purported to show Rohit Sharma, Rishabh Pant, Shubman Gill, Prithvi Shaw and Navdeep Saini eating at an indoor venue in Melbourne on New Year's Day," a statement from Cricket Australia said.

"The BCCI and CA are investigating the matter and seeking to determine whether the outing constitutes a breach of biosecurity protocols," the statement added.

"In the interim, on the advice of the Australian and Indian medical teams, the aforementioned players have been placed in isolation as a precaution. This will include separating the group of players from the broader Indian and Australian squads when traveling and at the training venue," it added.