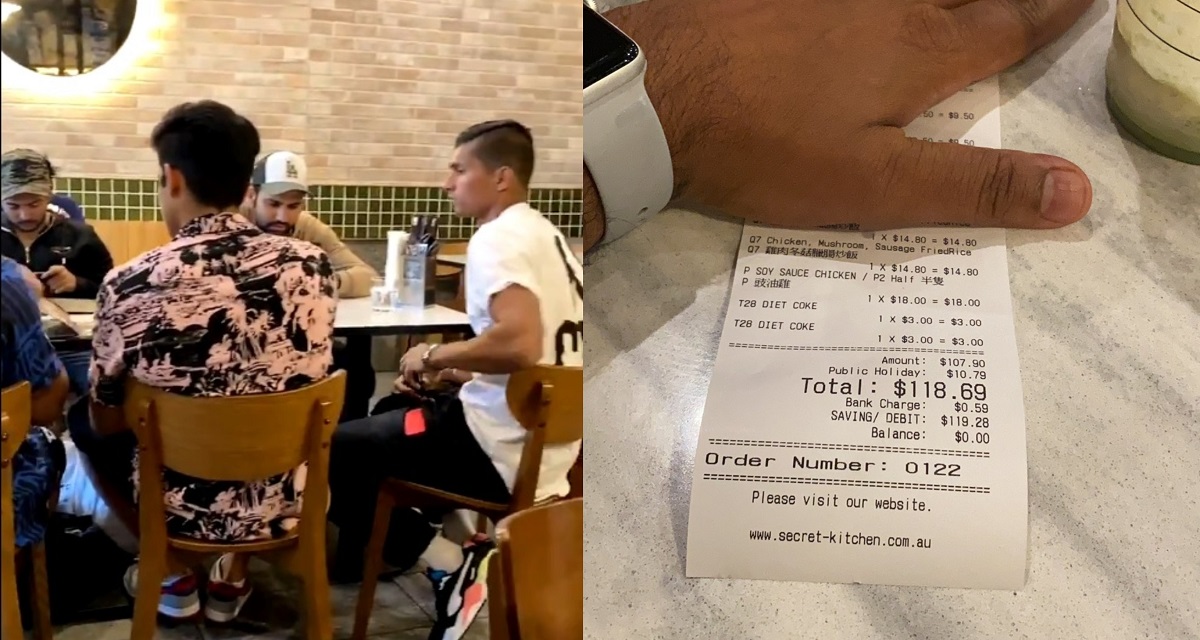 The five players are shown sitting indoors in Secret Kitchen, a noodles and BBQ restaurant in Melbourne, when the permission is only to eat outdoors. Although players are allowed to eat outside, they should be seated outdoors unlike the Indian cricketers.

The staff at the restaurant confirmed to Australian newspapers, Sydney Morning Herald and The Age, that the players had visited the restaurant and sat indoors.

Navaldeep Singh, an Indian fan, had posted footage of players dining on social media of the group at the restaurant, claiming that he had paid the $118.69 bill for the players. He also posted pictures of players carrying shopping. The players, however, can shop via click-and-collect option with the mask.

The breach at the restaurant assumes significance especially after a recent rise of Covid-19 cases in Victoria, where Melbourne is located, and around Sydney in New South Wales where the third Test will be played from January 7.

There are already doubts over the remaining two Tests with a possibility of change in venues being mentioned.

A report in Sydney Morning Herald said, "The Board of Control for Cricket in India is reviewing the video after being alerted to it by this masthead. A spokesman for the BCCI declined to comment further. Cricket Australia has not responded to a request for comment."

On Friday, the Indian fan Navaldeep had also tweeted a photo of a restaurant bill receipt and written, "They are not aware but i have paid there table bill... Least i can do for my superstars."

Navaldeep added, "When they got to know that i have paid the bill.. Rohit Sharma said bhaji pese lelo yaar acha nai lagta (brother, please take money, it doesn't feel nice).. i said no sir its on me. Pant hugged me and said photo tabhi hogi jab pese loge wapis (Pant hugged me and said we will click a photo only if you take your money back). I said no bro not happening. Finally sabane photo khichwai...mja aa gya yaar (Finally, they all all clicked pictures, had fun)."

The fan, however, clarified on Saturday that Pant never hugged him and they maintained social distance after his video sparked off controversy

"Clarification - Pant never hugged me it was all said in excitement we maintained social distance all thru:) Apologies for miscommunication @BCCI @CricketAus @dailytelegraph," tweeted the fan.