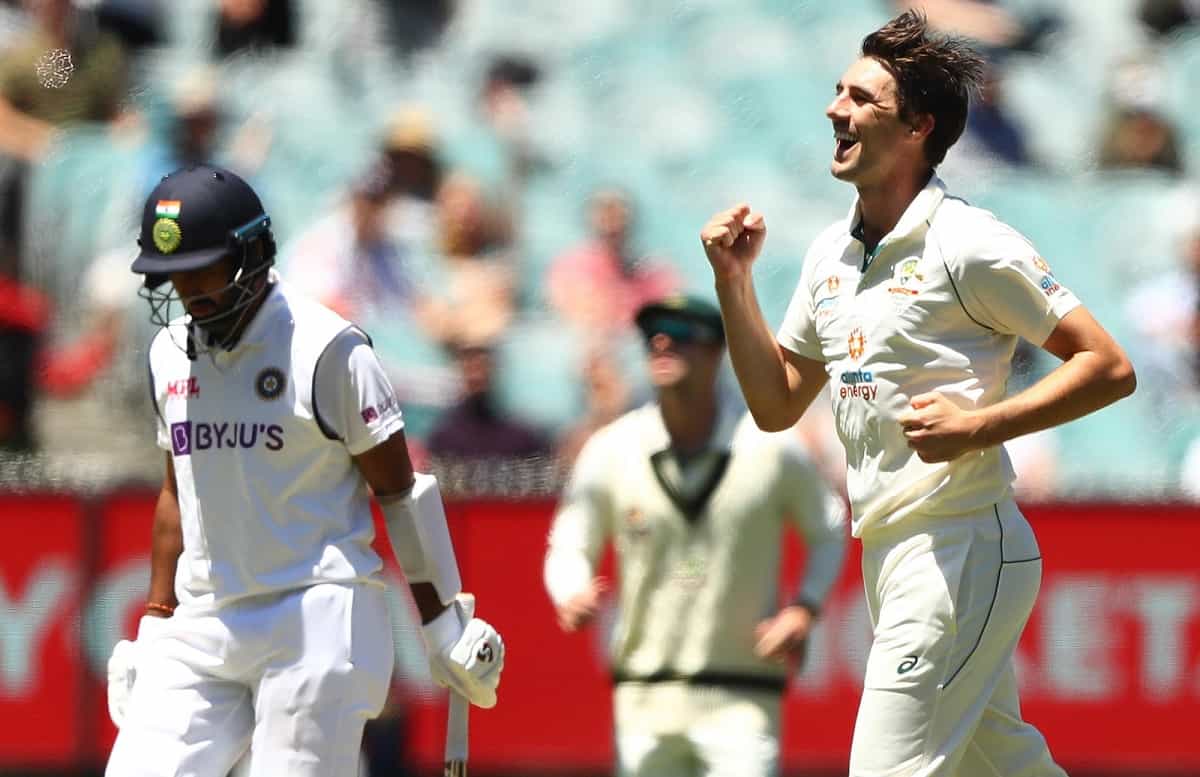 "I think we all hold such high standards just because they score runs every time they go out and bat. The reality is that there have only been just two Test matches (in the series so far). They are both massive run-scorers. Steve has been a champion batsman for a dozen year or so," Cummins told the media during an interaction on Wednesday.

The Aussie fast bowler, however, said that the two batsmen, who occupy the crucial No. 3 and No. 4 spots, don't need to look too far back to find inspiration and form.

"Absolutely no stress at all. Every player goes through ups and downs. Great ones find a way to get back. No stress at all. They will come good, I am sure. For guys like them, the bonus is you don't have to look too far back. With Steve, it wasn't even a month ago that he scored a couple of 100s in 60-odd balls," added Cummins.

Asked if consistent failures of the Australian batting line-up is frustrating the bowlers who have been performing very well, Cummins said, "I wouldn't say it has been frustrating. There have been times when our bowlers haven't bowled too well and the batters have got us out of tight corners. That is the nature of a cricket team."

He added that the Australian batting line-up's struggles are not due to any psychological problems against the Indian bowlers. The Indians have ensured that none among the Aussie batsmen has gone on to make a hundred over the last six Tests played between the two teams in Australia.

"Historically, we have got a good record against a lot of these bowlers in whatever format. There is a lot of good stuff that we can draw on. I wouldn't say it is psychological. It has only been two Tests and we have had only three innings. It is too small a sample size to start saying that people need to change the way they go about things. But sure there are some things we can improve on. Am sure our batters will find a way."

Cummins added that Warner's return will give the Aussies a boost in the remaining two Tests, one of which is at the Gabba in Brisbane where the Aussies have traditionally done well.

"In our conditions, we feel really confident. Gabba, it is a place where we have won quite a lot over the last few years and SCG is where we have have churned out runs over the last few games. Having David Warner come into the side is obviously a huge boost in the middle of the series. But as I said, all our batters absolutely dominated some good attacks of Pakistan and New Zealand 12 months ago, so there is a lot to draw on and we don't have to go back too far. We still have confidence going into the last two Tests."