Aus vs Ind, 3rd Test: I Can Rewind And Play Smith's Run Out, It Was My Best, Says Jadeja

Despite returning with four wickets for 62, a haul that included the wicket of Marnus Labuschagne for 91, India all-rounder Ravindra Jadeja termed the run out of Steve Smith his best performance in Australia's first innings of the ongoing third Test at the Sydney Cricket Ground. 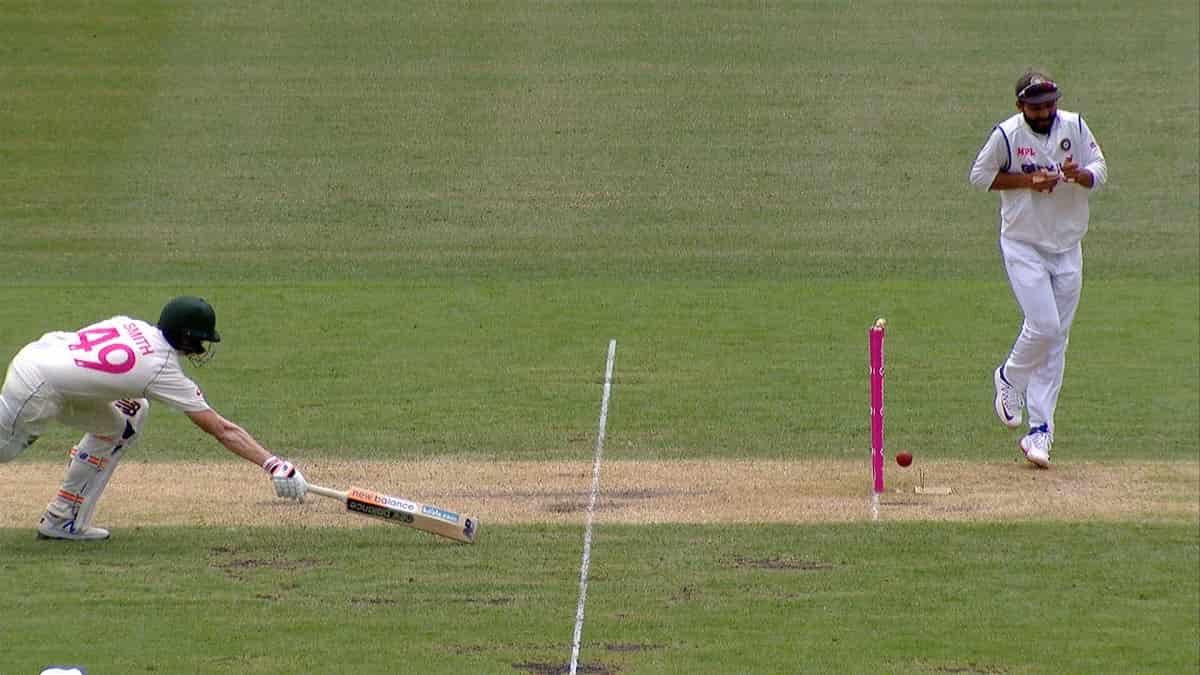 Smith, who got his 27th Test century on Friday on return to form, was scoring quick runs with the last batsman Josh Hazlewood. The right-handed batsman clipped one to the square leg and tried to take a double. But Jadeja swooped on the ball and hit the stumps straight from outside the 30-yard circle to catch the batsmen short on his second run as Australian innings came to an end at 338 in the post-lunch session on Day Two.


West Indies' Shepherd Ruled Out Of Bangladesh Tour With Covid

"For me, the runout is one that I can just rewind and play. It is one of my best. Getting a direct hit from outside the 30-yard circle -- I would call this my best, my favorite. As far as wickets are concerned, four or five wickets outside India are also very good but this moment stands out," said Jadeja while speaking to reporters in a virtual interaction at the end of the day's play.

Australia had ended Day One of the Test in a commanding position, having scored 166/2. The hosts began the second day in a similar fashion with Smith and Labuschagne scoring runs at a healthy rate. However, they lost their last eight wickets for 122 runs with Jadeja picking four of those.

"We had talked about the need to be patient because the wicket is not the kind where you can go out and take a wicket or two straightaway. We decided we have to make them play dot balls...The plan was to not give them easy boundaries so that we could create pressure and get wickets," Jadeja said.

Matthew Wade succumbed to pressure as he tried to hit Jadeja out but exposed Cameron Green and the tail to the new ball.

"The wicket was a bit slow and it was not easy to bowl on because there was not much turn in it. It was important to bowl at one spot," said the left-arm spinner who picked the wickets of Labuschagne, Wade, Pat Cummins and Nathan Lyon.

"My thinking was to not leak runs and try create pressure from one side as much I could. This wicket isn't such that you will get a chance in every over," he added.

The 32-year-old further revealed he varied his speed in order to be more effective.

"You couldn't bowl at one speed because on this wicket, which wasn't helping. So you had to mix it up -- slow with fast and also create angles," said Jadeja.

"My idea was to bowl into the stumps and try and not give him (Steve Smith) easy runs. All other fast bowlers were bowling in the right areas and putting pressure on the batsmen," he added.