Mohammed Siraj became the first debutant for India in seven years to pick five wickets in a Test match when he finished the second Test match against Australia at the Melbourne Cricket Ground with a haul of five wickets for 77 runs in 36.3 overs. 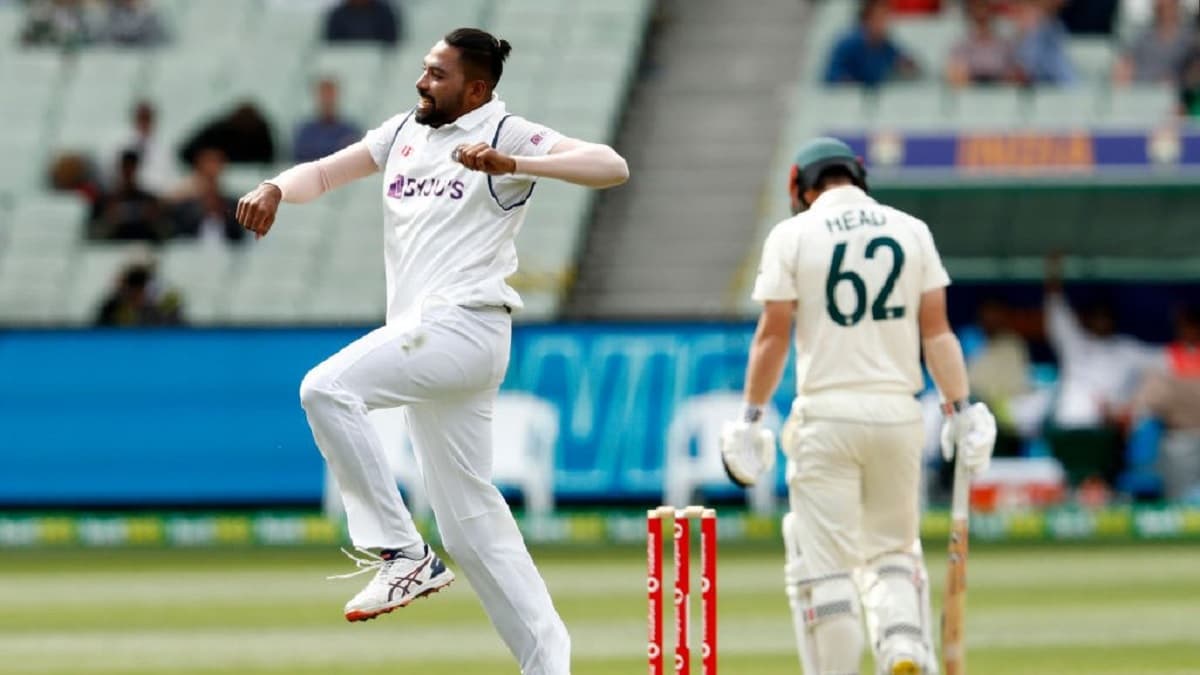 Siraj got the wicket of Cameron Green in both the innings while he had Marnus Labuschagne (in first innings) and Travis Head and Nathan Lyon (in second innings).

Mohammed Shami, who Siraj replaced in this Test, was the last India bowler to take at least five wickets in a debut Test when he got a nine-wicket haul against West Indies in Kolkata in November, 2013.

Off-spinner R Ashwin, who is also playing the ongoing second Test at the Melbourne Cricket Ground, also took over five wickets in a Test on debut back in November, 2011 against West Indies in Delhi. He got a nine-wicket haul.

On Monday, after the third day's play, Siraj had said that he focused on bowling dot balls and maiden overs and not try anything different.

He also gave credit to senior bowler Jasprit Bumrah for encouraging him throughout his debut Test.

"With a senior around, the junior always finds help. After every ball, he (Bumrah) was coming to me and giving me confidence, telling me to focus on every ball and be easy. He asked me to not give anything away and kept telling me, ‘you are doing good, have patience and keep bowling well'. That is what he told me," said Siraj after Monday's play.