Australia plan to stick with the same XI for the Boxing Day Test in Melbourne, coach Justin Langer said on Thursday as he warned Virat Kohli's absence will put India at a big disadvantage. 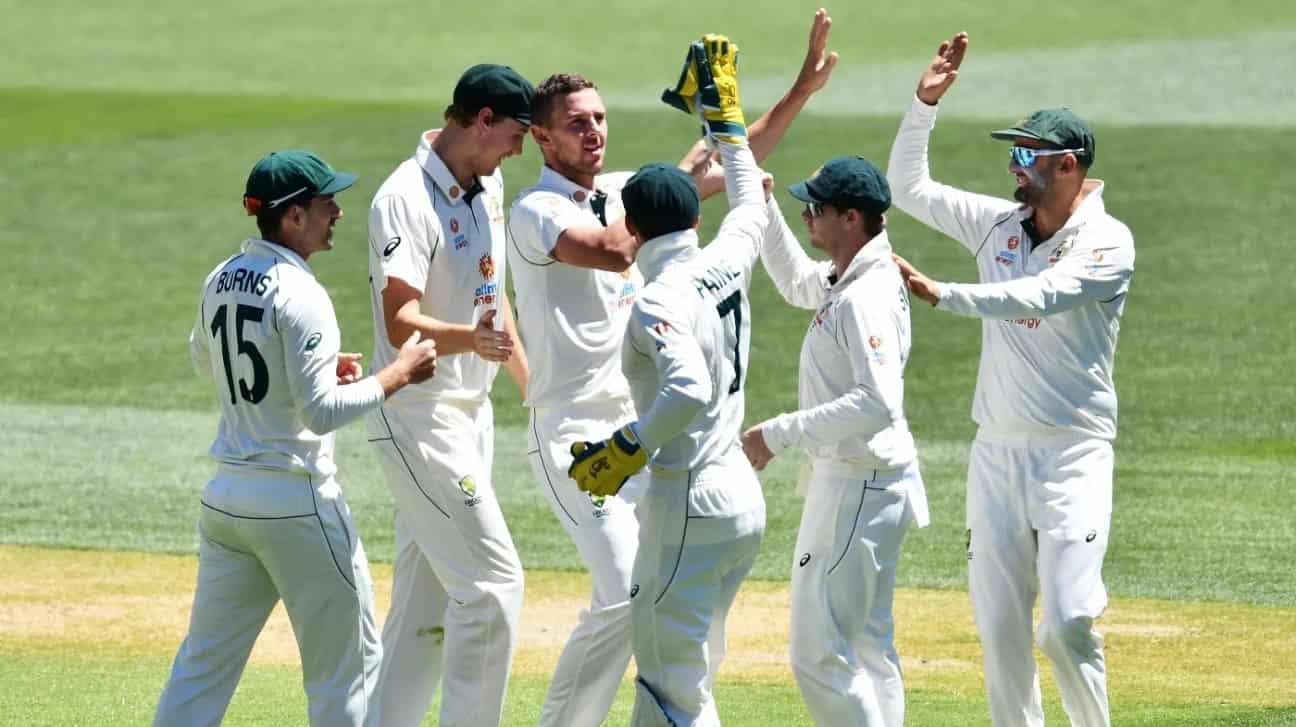 With star batsman David Warner again ruled out injured, under-pressure opener Joe Burns, who scored a handy 51 not out in their second innings during the first Test at Adelaide, is set to keep his place at the top of the order.

Makeshift opener Matthew Wade is expected again to accompany him, with young allrounder Cameron Green retaining his spot in the middle order.

"I'd be a pretty courageous man to change the XI for this Test match after the last one," said Langer.

"So at this stage, unless something happens over the next few days, and it can happen in the world we live in, we'll go in with the same XI, I'd say."

Australia won the opening Test by eight wickets inside three days after India humiliatingly collapsed to be all out for just 36 in their second innings -- their lowest Test score.

Compounding their problems, captain Kohli will miss the next three Tests to be at the birth of his first child, while star paceman Mohammed Shami is also expected to be absent after reportedly fracturing his wrist.

Langer said Kohli's no-show at the Melbourne Cricket Ground, where up to 30,000 fans a day will be allowed, around one-third of capacity, was great news for Australia.

"Virat Kohli is one of the all-time great players and Shami I think is a real glue for the Indian bowling attack, because he's so miserly, he's very, very skillful," he said.

"So of course it gives us an advantage. But we just know we have to keep working hard in the all the processes we've been talking about for some time.

"We know we have to start strongly on day one, we know we need to keep the pressure on (Ajinkya) Rahane if he is the new captain.

"So our processes don't change, but when you take the best players out of any cricket team, then, of course, it weakens them, that is just reality, and it gives us an advantage."