Aus vs Ind, 2nd Test: Bowlers Make Merry On Boxing Day, India Ends The Day At 36/1 After Bowling Out Australia

Melbourne Cricket Ground(MCG), generally considered a batting wicket, has ended up as a bowling paradise on the first day of the second test match between India and Australia on Saturday. 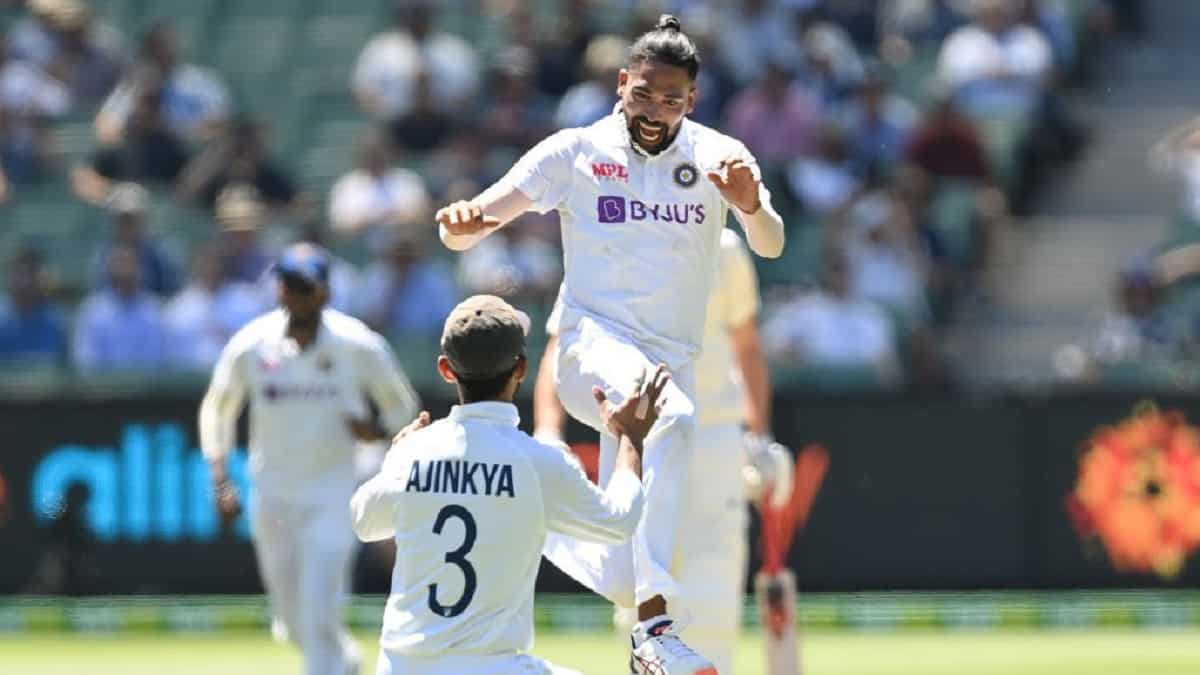 A total of 11 wickets fell on the first day with Australia being all out for 195 and India ending the day at 36/1.

Tim Paine was a confident captain as he opted to bat first on a wicket that looked flat with some a bit of grass on top. However, Australia at the end of 15 overs were 38/3 with both openers and Steve Smith back in the Pavillion.

Jasprit Bumrah got Joe Burns out for a duck while Ravichandran Ashwin got Mathew Wade and Steve Smith in quick succession.

Marnus Labuschagne and Travis Head revived the innings with a solid looking partnership of 86. Bumrah got the breakthrough in the form of Head. Debutant Mohammad Siraj got his first test wicket - Marnus Labuschagne.

Ashwin removed last match's savior Tim Paine out for 13 while Jasprit Bumrah cleaned up the fighting Australian tail soon. The hosts got bowled for 195.

India needed to survive the last 45 minutes but Australian bowlers made sure every ball count.
Mitchell Starc got Mayank Agarwal in the first over while Pat Cummins bowled an unplayable over to debutant Shubman Gill.

Gill looked solid with his defense and mixed it with some beautifully timed punches. Cheteshwar Pujara continued with his successful approach and survived till the end of the day's play.