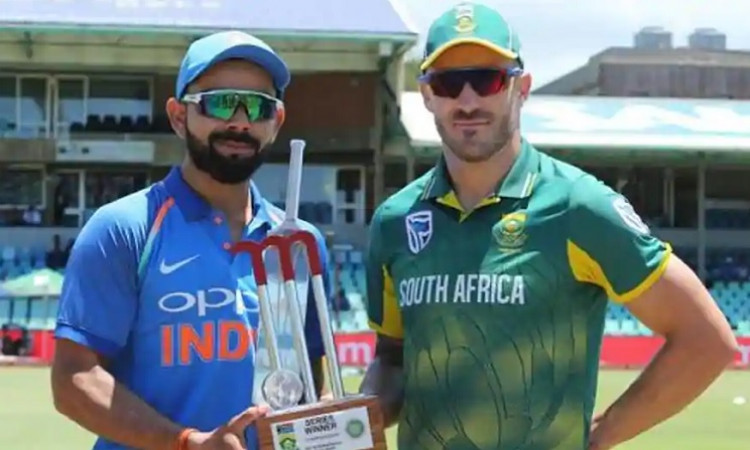 Dhaka, Feb 25:  It could be Virat Kohli versus Faf du Plessis in the Asia XI-World XI two-match T20 series that has been organised by the Bangladesh Cricket Board (BCB) on March 18 and 21 -- subject to the India skipper confirming his availability.

The matches will be played to celebrate the 100th anniversary of their founding father Sheikh Mujibur Rahman. The BCB is awaiting a confirmation from Kohli as well as K.L. Rahul for the March 18 game as India are set to play South Africa on the same day in the final ODI of a three-match series at the Eden Gardens in Kolkata.

IANS had earlier reported that the Board of Control for Cricket in India (BCCI) President Sourav Ganguly had sent the names of Kohli, Mohammed Shami, Shikhar Dhawan and Kuldeep Yadav to the BCB for the two matches. And they all feature in the Asia XI team as per ESPNcricinfo with the addition of wicket-keeper Rishabh Pant and Rahul.

"What we are aware of is that there will be no Pakistan players in the Asia XI. That is what the message is, so, there is no question of both countries coming together or picking one over the other," he had said.

But the Pakistan Cricket Board had clarified that it wasn't about the BCB picking BCCI over PCB and it was a case of the Pakistan players being unavailable as they would be busy playing in the Pakistan Super League.

"The T20Is between World XI and Asia XI were scheduled from March 16-20, while the PSL 2020 is likely to end on March 22. Since dates of both the series couldn't be changed, we offered our regrets to the BCB, both verbally and in writing, which they understood and accepted," a PCB spokesperson said.

"It is unfortunate that the facts were twisted to mislead Pakistan cricket fans and followers."

Note: (*) For one game; Kohli's selection subject to confirmation.