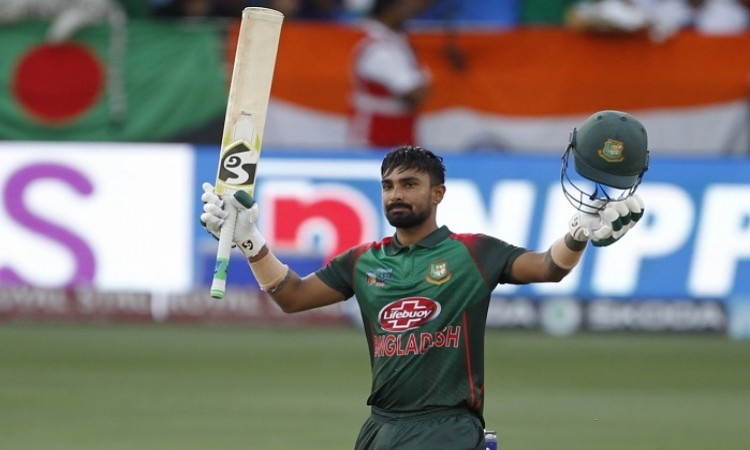 Bangladesh got off to a flying start but lack of support from the middle and lower order batsmen and some brilliant fielding from Indian players saw Bangladesh only managing to score a modest total.

Das played 117 balls and slammed 121 runs which include 12 boundaries and two sixes and built a perfect platform for a big score but some poor shot selection from other batsmen cost the Bangladesh camp.

Put in to bat, Das and Mehidy Hasan (32) played handsomely and forged a brilliant 120-run partnership before Hasan was dismissed by Kedar Jadhav. The two played sensibly and often thrashed Indian bowlers all around the park.

All of them gifted away their wickets, thanks to careless shot selection.

With five batsman back to the pavilion at 151, Das, along with Soumya Sarkar (33), tried to reconstruct the innings but was dismissed in the process. Wicketkeeper Mahendra Singh Dhoni stumped Das off Kuldeep Yadav in the 40th over.

Sarkar kept playing at the other end but was run out in the penultimate over while trying to increase the run rate. His 45-ball knock was laced with one boundary and one six.

In the very next ball, Jasprit Bumrah clean bowled Rubel Hossain (0) to wrap up the innings in style.