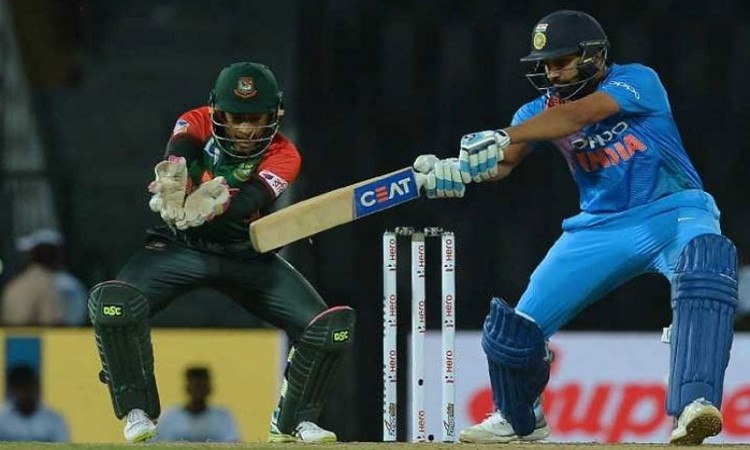 Dubai, Sep 20 (CRICKETNMORE):  An upbeat India will be eyeing another convincing victory over Bangladesh in their first game of the Super four round of the 2018 Asia Cup at the Dubai International Cricket Stadium here on Friday.

After a lacklusture show against minnows Hong Kong, the defending champions led by stand-in captain Rohit Sharma, rode on an all-round show to outclass arch-rivals Pakistan by eight wickets on Wednesday.

India however, should be careful on Friday as the Mashrafe Mortaza-led Bangladeshis are well known party spoilers.

The Indian bowlers disappointed in the contest against Hong Kong, but rose to the occasion when it mattered the most and were flawless against the Sarfaraz Ahmed-led side.

Moreover, seamers Bhuvaneshwar Kumar and Jasprit Bumrah got a surprise support from part-time spinner Kedar Jadav, who came as a shocking element against Pakistan with figures of 3/23 from his nine overs.

The batsmen have more or less been good so far and opener Shikhar Dhawan presently leads the run-scorer charts with 173 runs from two innings. skipper Rohit fell cheaply in the first game but struck a fine half century on Wednesday.

The middle order comprising Ambati Rayudu and Dinesh Karthik too, look in good touch with the bat.

The Indian team management will face a difficult task in finding a perfect team combination on Friday as they now miss the services of all-rounder Hardik Pandya, who has been ruled out of the tournament due to a back injury.

Rohit will be well aware that Bangladesh is no longer a team of the past as the Mortaza-led side came with a clinical show against Sri Lanka and boast of some quality players in their squad.

With the likes of Mushfiqur Rahim, Shakib Al Hasan and Mohammad Mithun, the team has the capability of chasing or putting high scores on board.

Also, quality pace bowling in Mustafizur Rahaman and Rubel Hossain with the support of left-arm spinner Shakib carries the potential of posing some serious damage to the Indian batting line-up.