Ashwin Reveals Details Of Conversation With Ponting On 'Mankading'

Delhi Capitals spinner Ravichandran Ashwin revealed details of his conversation with coach Ricky Ponting on Mankading, a controversial but legitimate mode of dismissal in which a bowler runs out a batsman at the non-striker's end before he bowls the delivery. 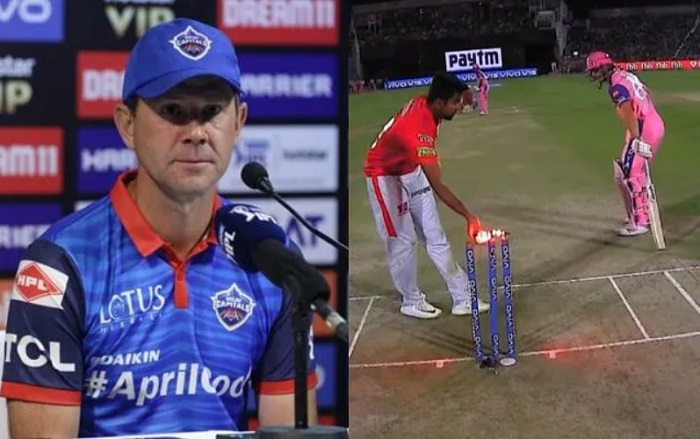 Ashwin said that both he and Ponting agreed that batsmen should not be allowed to take extra steps out at the non-striker's end before a delivery has been bowled. But the latter felt the solution could be a penalty of runs instead of a run out.

According to Ashwin, Ponting said that he understood Ashwin's viewpoint in supporting the mode of dismissal. "I wasn't trying to say that you were [not] justified because it is actually in the laws of the game. You can do it," Ponting told Ashwin, who revealed the conversation on his Youtube channel.

"I just think that we have got to find a way around. Trying to stop the batsman [from] cheating. We have had this conversation, already. I don't want to see anyone running two or three yards down the wicket. Because that basically is cheating," Ashwin quoted Ponting as saying.

Ashwin had courted controversy in the 2019 edition of the Indian Premier League when he ran out Rajasthan Royals' Jos Buttler at the non-striker's end while captaining the Kings XI Punjab. It drew varied reactions from the cricket fraternity. But Ashwin has said on numerous instances since that he would do it again so as to not allow batsmen to gain an advantage by backing up too far outside the pitch.

Ponting, however, said that he was not in favour of Mankading and said that the first thing he would do after joining the Delhi Capitals in the UAE would be to have a chat with Ashwin about it.

Ashwin, 33, said that he told Ponting why he felt batsmen could not be allowed to take the extra few steps. "Because I couldn't stand the batsmen taking those extra yards. I was a batsman myself in the junior category, and I feel it is a massive advantage. And the moment I did that, the spirit of cricket was brought into play," Ashwin told Ponting.

Ashwin then said that the Australian batting great and three-time World Cup winning former captain felt there should some sort of a "run penalty" for non-striking batsmen who take the undue advantage. "If you are to get to the top of your bowling action and stop, and it shows that the batsman is cheating and is out of his crease, I think put a run penalty on them. And do it right from the start, because that will stop him right away. Imagine, taking 10 runs off a team total because you have taken yards...those sort of things need to be looked at," said Ponting.