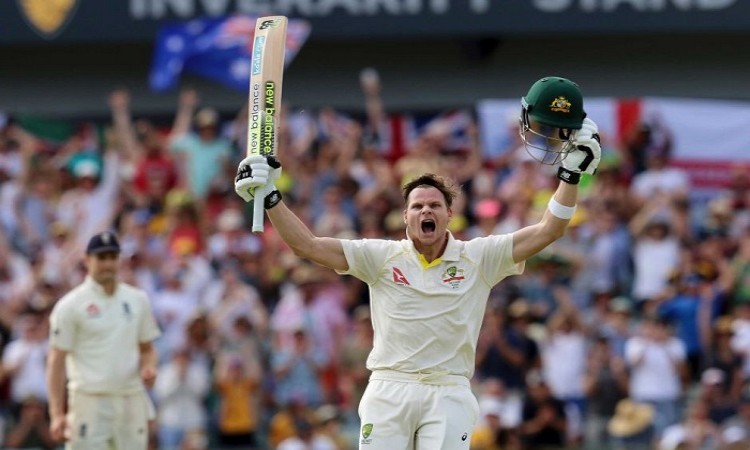 Dubai, Jan 18 (CRICKETNMORE):  After being crowned the International Cricket Council's Test Player of the Year for a second time, Australian captain Steve Smith on Thursday said the Ashes triumph over England was the most important chapter of his tenure.

Smith recently guided the Kangaroos to regain the Ashes urn after thrashing Joe Root's men 4-0 in the five-match rubber. During the series, the 28-year-old amassed 687 runs at a scarcely believable average of 137.40.

"It's a great honour to win the Test Player of the Year award. It's called Test cricket for a reason and I'm very humbled to win that award. I've had a really good year," Smith said on the ICC website.

"I think I've scored six hundreds in the year and more importantly led the team to an Ashes victory, which is something that is really important to me. I am incredibly humbled and I love playing Test cricket -- it's the game that challenges your skills and your mind the most," he added.

In the qualification period from September 2016 until the end of December 2017, Smith played in 16 Tests, scoring 1,875 runs at an average of 78.12, with eight hundreds and five half-centuries.

The right-hander beat off competition for the Test Cricketer of the Year from last year's winner and India's premier off-spinner Ravichandran Ashwin, who took 111 wickets at 25.87, Cheteshwar Pujara, who scored 1,914 runs at 63.80, Indian skipper Virat Kohli who led India to the top of the ICC Test team rankings and also scored 2,023 runs at 77.80, and Englishman Ben Stokes, who hit 1,000 runs at 40.00 and took 35 wickets at 27.68.

Smith now averages 63.75 from 61 Tests, the second-best average of all time for those who have played more than 20 Tests.

In the ICC rankings he has climbed to 947 points, just 14 shy of the legendary Don Bradman' high watermark of 961 and there is clear blue water between him and the other members of the big four -- Joe Root, Kohli and Kane Williamson.

Smith has been the world's number one ranked Test batsman for almost two years now is showing no signs of letting up.