Brisbane, Nov 25 (Cricketnmore) Former Australia skipper Ricky Ponting has pointed out the technical flaws in left-hander Usman Khawaja's approach towards off-spinners during the ongoing first Ashes Test against England at the Gabba here. 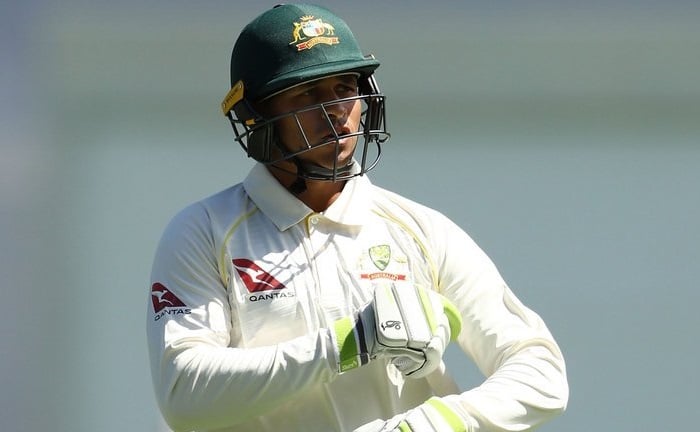 Brisbane, Nov 25 (Cricketnmore) Former Australia skipper Ricky Ponting has pointed out the technical flaws in left-hander Usman Khawaja's approach towards off-spinners during the ongoing first Ashes Test against England at the Gabba here.

Khawaja, who came in to bat No.3 in the host's first innings on Friday looked vulnerable against English offie Moeen Ali before being eventually trapped leg before to him.

This was the southpaw's 12th dismissal to off-spin out of 39 in his Test career, which equates to almost one in three dismissals.

Ponting said there is a clear weakness in Khawaja's approach to playing off-spin bowling, but backed the 30-year-old to adapt his game.

"There's no doubt there's a technical flaw there somewhere," Ponting was quoted as saying by cricket.com.au.

"I think he makes two pronounced movements; he makes an initial movement forward and across, which is similar to what I used to do. And then he makes another movement into the ball, which gets his head outside the line of the ball, hence he misses the straighter delivery.

"There's something there that can be coached and talked about and worked upon, because he's got out quite a few times now (to off-spinners).

"I love Usman as a player, I always have and always will. There's just that technical deficiency there that needs to be sorted," the batsman added.

Sensing Khawaja's susceptibility towards spinners, English skipper Joe Root brought Moeen as early as the ninth over of the innings and the ploy worked in favour of the tourists.

Khwaja fell to the trap, to be dismissed with just the third ball of spin he faced.