Dubai, Jan 8 (Cricketnmore) Australia have moved into third place while England have dropped to fifth in the International Cricket Council (ICC) Test team rankings after the Kangaroos coasted to a 4-0 Ashes triumph in Sydney on Monday. 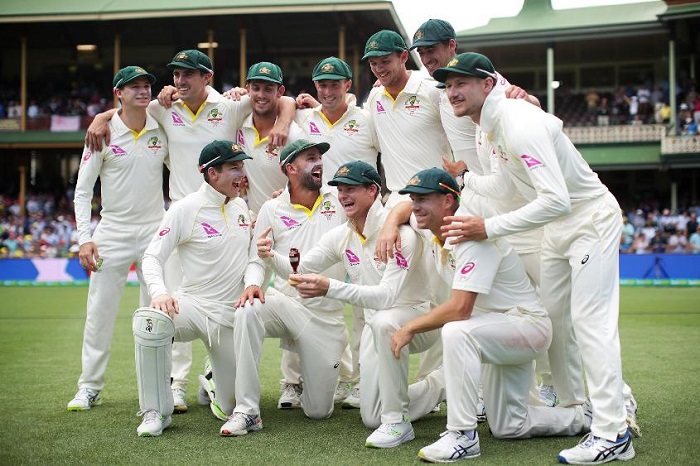 Australia had entered the series in fifth position on 97 points but vaulted to third on 104 points after regaining the urn at the Syndey Cricket Ground while the English side has slipped from 105 to 99 points, in the list dominated by India with 124 points.

Australia are now trailing number-one ranked India by 20 points, while they are seven points behind second-ranked South Africa (111 points). The top two ranked sides are presently involved in their three-Test series, which concludes in Johannesburg on January 29, following which the Test team rankings table will be updated.

Australia will now travel to South Africa where they play a four-Test series from March 1 to April 3, while England's next series is against New Zealand from March 22 to April 3 when they will play a two-Test series.

In their home season, England will host Pakistan for a two-Test series and India for five Tests.