ASHES 2019,4th Test: England on the ropes at end of first session of Day 4

Manchester, Sep 7:  England were left reeling in the second session with Mitchell Starc dismissing Ben Stokes and Jonny Bairstow and Pat Cummins getting Jofra Archer to push them down to their last two wickets at Old Trafford. England are trailing by 219 runs and still need 19 more to avoid the follow on. 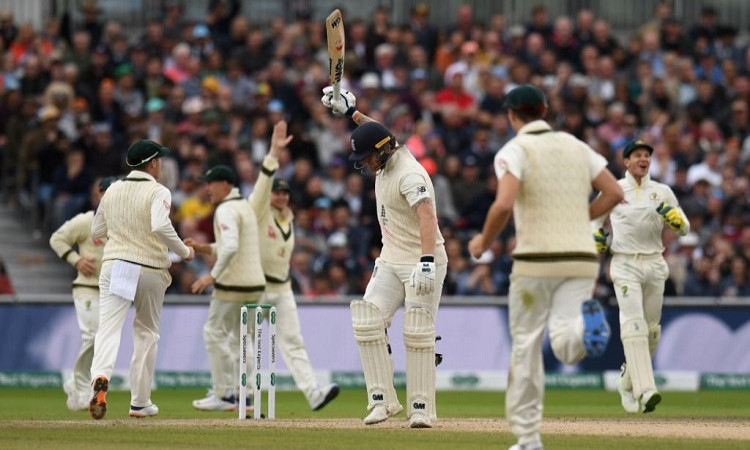 England started the day with Bairstow and Stokes cautiously fending off Cummins and Nathan Lyon. Their partnership did not last long though, with Starc, who was wicketless till then and leaking runs, dismissing Bairstow by inducing a drive which went through the England wicketkeeper and hit the stumps unimpeded.

He then managed to get a nick off Stokes that flew to Steve Smith at second slip. Archer was dismissed four overs later by Pat Cummins thanks to a wild swing he took at a length ball which got big on him. It took an edge and flew to Tim Paine who held on for an easy catch.

Jos Buttler has since found company in Stuart Broad as they took England to the end of the first session. The hosts still need 19 runs to avoid following on.