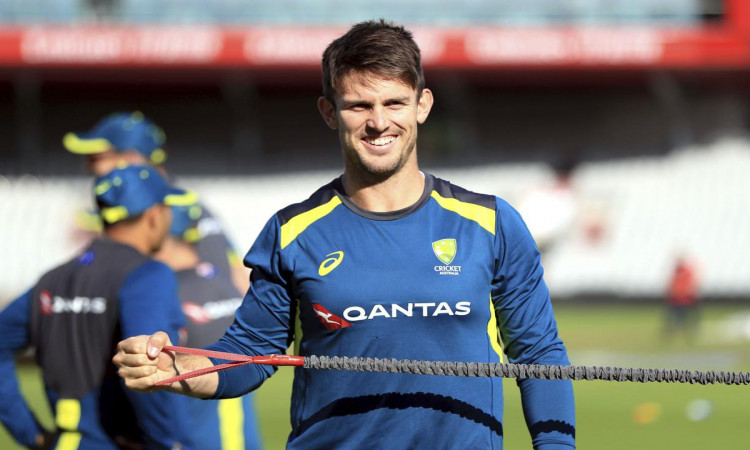 London, Sep 11: Australia have named all-rounder Mitchell Marsh in their 12-man squad for the final Ashes Test that will be played at The Oval from Thursday. Marsh has not played for Australia since December 2018 and has been brought in to provide extra bowling cover. Travis Head has been dropped from the squad.

"The reason Travis isn't playing is because we felt we needed extra bowling after a long series," skipper Tim Paine is quoted as saying by cricket.com.au.

Also Read: Have taken fitness to next level during break: Hardik Pandya

"We want to get the make-up right for this Test and unfortunately Travis misses out. He's disappointed he's not playing. No doubt he's in the top six or seven batsmen in this country."

The final XI will be revealed at the toss. The inclusion of Pat Cummins and Josh Hazlewood, Australia's highest wicket takers this series, will be dependent upon how they recover from the Old Trafford Test.

Australia have already retained the Ashes by winning the fourth Test and thus taking an unassailable 2-1 lead in the series. They are now looking to record a series win in England, something they haven't done since Steve Waugh's 'Invincibles' did so in 2001.