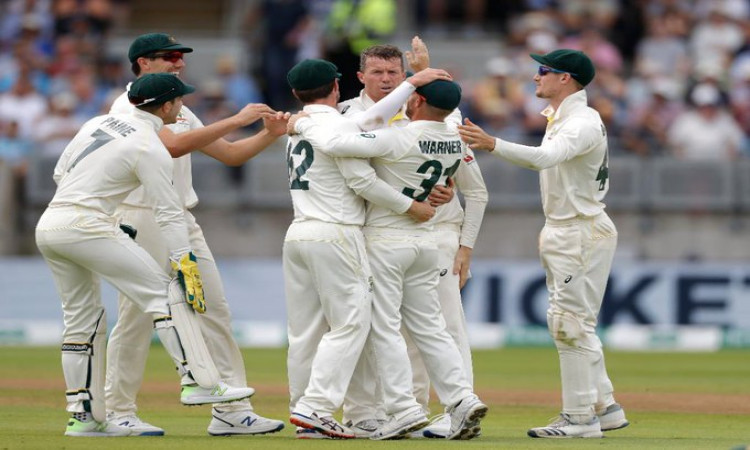 Birmingham, Aug 3: England lost four wickets in the first session of the third day of the first Ashes Test at Edgbaston on Saturday to hand Australia a slight edge. England started the day on 268/4, trailing England by one run with Rory Burns and Ben Stokes in the middle on 125 and 38 respectively. At the end of the session, they were 328/8 with a lead of just 44 runs.

Stokes went on to complete a half century as the fifth wicket partnership between him and Burns ballooned to 88 runs. Stokes fell for 50 off 96 balls, nicking to the wicketkeeper off Pat Cummins. Australia moved in after that, Nathan Lyon and Peter Siddle getting Burns, Moeen Ali and Jonny Bairstow over the course of the next eight overs.

Burns was on 133 when he got an edge on a quick delivery from Lyon that cramped him for space as he attempted to fend it off. Tim Paine made no mistake in completing the catch. Moeen Ali, under fire for his persistent poor form with the bat, played for the turn from round the wicket and left the ball alone. The delivery turned out to be a straighter one and took his stumps. Bairstow then went for a loose shot off Siddle and edged it to David Warner at first slip.

Woakes and Broad held fort for England and added 28 runs for the ninth wicket before the umpires called for lunch.