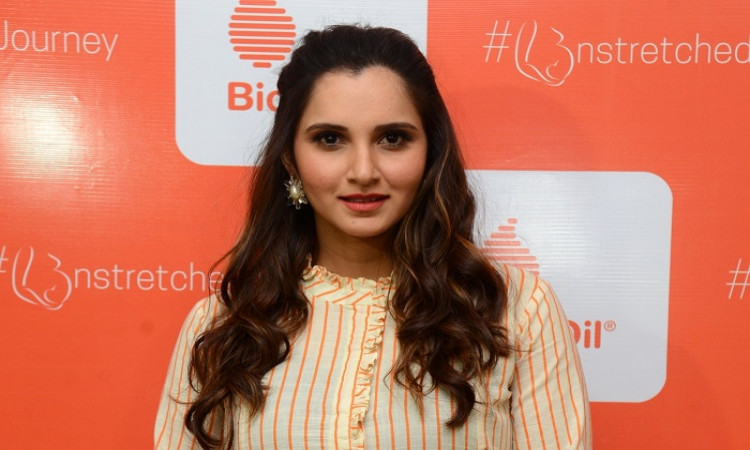 Kolkata, Nov 22: She is undoubtedly the biggest name when it comes to India's representation in the women's tennis circuit, but on Friday it was all about cricket for Sania Mirza. In the city to witness India's maiden Day-Night Test at the historic Eden Gardens, Sania said that there was no saying 'no' to friend Sourav Ganguly.

Speaking to IANS, Sania said that it was amazing to be a part of something as historic as the pink ball Test and said that it does make sense as a fan.

"Sourav invited us personally as there is also a felicitation. It is great to be a part of something historic. I know Sourav for quite a long time and there was no question of saying no.

"Honestly, as a fan, it does make a little bit of sense. Technically I cannot say. But as a fan I can see how this can work in the evening with people coming from work and watching. And everything at night is better usually. It is more dramatic. I don't know if this will be the future or not, but it is great to have something like this and it is a great option," she said.

Sania is an avid cricket fan and with husband Shoaib Malik playing for Pakistan, does she call for a return of arch-rivals India and Pakistan on the cricket pitch? She refused to get into the debate and said there were people who had the responsibility of taking that call.

"I don't know. That is not a call for us to take right? People are there who take this call. I do follow cricket regardless of who is playing and I do follow the Indian team and when my husband is playing," she said.

Asked who her favourite is among the Indian players, the 33-year-old tennis star had a fun take saying that she suddenly feels old now that her friends have all retired. But made no bones about the fact that skipper Virat Kohli is her favourite in this team.

"Virat Kohli I would say. He is the whole country's favourite isn't he? I somehow feel older because all my friends have retired whether it was Yuvi (Yuvraj Singh), Zak (Zaheer Khan) and all. So I will go with Virat," she laughed.

While cricket is the reason she was at the Eden, any chat with her is incomplete with a point on her return to the tennis court and Sania said that plans are on course and it should be the Australian Open in January.

"Hopefully in January as I am planning to make a comeback in Hobart in the Australian Open," she signed off.