Arjun Tendulkar is getting too dangerous to face: Danielle Wyatt

London, June 17:  England cricketer Danielle Wyatt says that she doesn't really like facing Sachin Tendulkar's son Arjun anymore in the nets because he is getting a bit too dangerous for her. Wyatt said she had first met the pair at Lord's when she was with the MCC young cricketers. 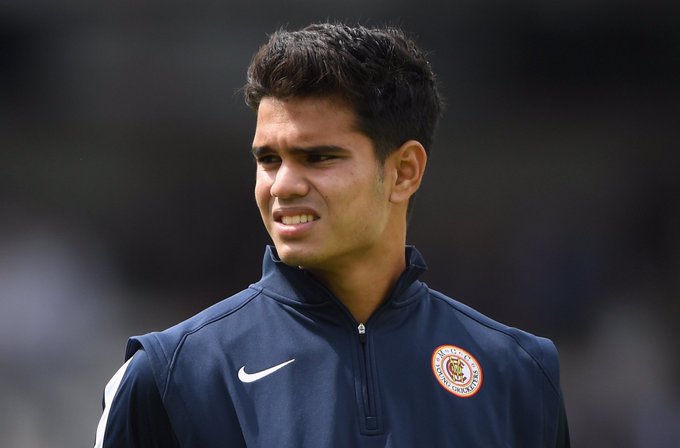 "So, I first met Sachin and Arjun at Lord's Cricket Ground. Maybe 2009 or 2010 when I was with MCC young cricketers, and they were training in the nets. Literally, I went to the nets and said hello and introduced myself, saying I am Danni, etc.," Wyatt told cricket.com.


On this day: South Africa's hopes of reaching final dashed by Australia in '99 World Cup classic

"Arjun would have been 10 years old back then; he was so small. There is a photo somewhere on Google. I bowled to him that day; he was very good," she added.

Wyatt said that she has since remained in touch with the Tendulkars and would meet them whenever they come to Lord's.

"Since then whenever I bump into Sachin or Arjun or whenever they come to Lord's to train, I go to the nets and ask him (Arjun) to bowl with the new ball to me. But he is getting very quick now. He always says I will bounce you and knock your head off, so I don't like him bowling to me anymore. He is getting too dangerous to face," she said.

While his father is regarded as one of the greatest batsmen of all time, Arjun is a fast bowler and has played for MCC young cricketers apart from playing in the under-age levels of the domestic circuit in India.