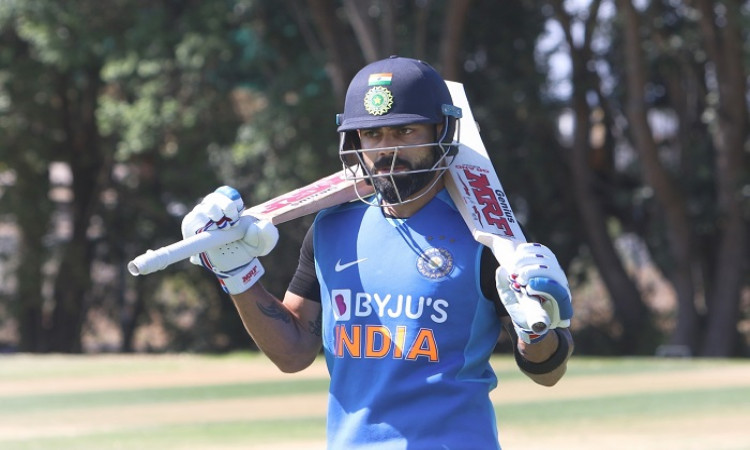 Mumbai, May 9:  Prolific India batsman Virat Kohli has been quite vocal about reminiscing the day when Team India, under the leadership of M.S. Dhoni, lifted the 2011 World Cup beating Sri Lanka in the summit clash on April 2. The win had ended India's 28-year-old wait for the coveted trophy.

In addition to that glorious moment at the Wankhede, Kohli also has another match that he will always remember -- the 2016 World T20 quarter-final game against Australia in Mohali played on March 27 -- where his unbeaten 82 helped the Men in Blue snatch a thrilling six-wicket win with five balls to spare and enter the semi-finals of the tournament.

Also Read: I feel for spinners in Australia: Usman Khawaja

"Apart from the 2011 finals, my other favourite match from the atmosphere and importance of the game point of view, would be the 2016 T20 quarter-finals against Australia in Mohali," Kohli said while speaking on Star Sports 'Cricket Connected' show.

However, India had to face a crushing seven-wicket defeat at the hands of West Indies in the semi-final.

The cricketing activities at the moment remain suspended due to the COVID-19 pandemic which has wreaked havoc across the world.

Kohli, the current India skipper, has admitted the "magical" atmosphere will be missing if the cricket season currently stalled by the COVID-19 pandemic resumes in empty stadiums.

"It's quite a possible situation, it might happen, I honestly don't know how everyone is going to take that because we all are used to playing in front of so many passionate fans," Kohli said.

"Things will still go on, but I doubt that one will feel that magic happening inside because of the atmosphere that was created.

"We will play sports how it is supposed to be played, but those magical moments will be difficult to come by," he added.

He, however, believes playing without fans in attendance would not dampen the competitive side of matches.

"I know matches will be played at a very good intensity," he said.

"But that feeling of the crowd connecting with the players and the tension of the game where everyone goes through it in the stadium, those emotions are difficult to recreate," he added.

Can you guess @imVkohli's favourite match?