Mumbai, July 4: Legendary Indian cricketer Sachin Tendulkar, who like many have been forced to spend time at home amid the COVID-19 pandemic, recently tried his hands at tennis -- a glimpse of which he showcased on social media. 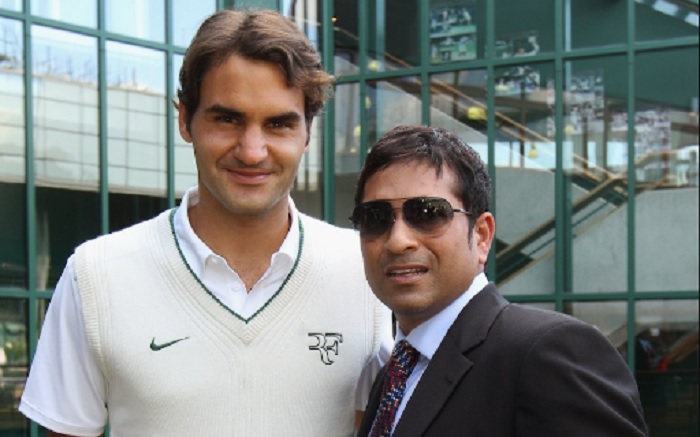 In the video shared on his official Twitter handle on Friday, Tendulkar can be seen playing an almost perfect-looking forehand, that too in slow motion.

"Hey Roger Federer! Any tips for my forehand?," tweeted the 47-year-old legend while tagging the 20-time Grand Slam champion.

The two greats in their respective sports have earlier also engaged in friendly banters on Twitter many a times and share mutual respect for each other.

Federer has already announced that he will be out of action for the rest of the 2020 season after undergoing another arthroscopic surgery on his right knee. In a tweet on June 10, Federer said that he expects to be back in action at the start of 2021.

The Swiss legend last participated in the Australian Open where he lost to Novak Djokovic in the semi-finals earlier this year. No other Grand Slam has taken place this year as all tennis matches and tournaments have been suspended following the outbreak of novel coronavirus.

Last month, Federer had become the first from tennis to top Forbes' list of highest paid athletes. With an estimated $106.3 million earned over the past 12 months, he edged out Portuguese football superstar Cristiano Ronaldo from the top spot.

Any tips for my forehand? @Wimbledon #FlashbackFriday #Wimbledon pic.twitter.com/bY4QETHRDx