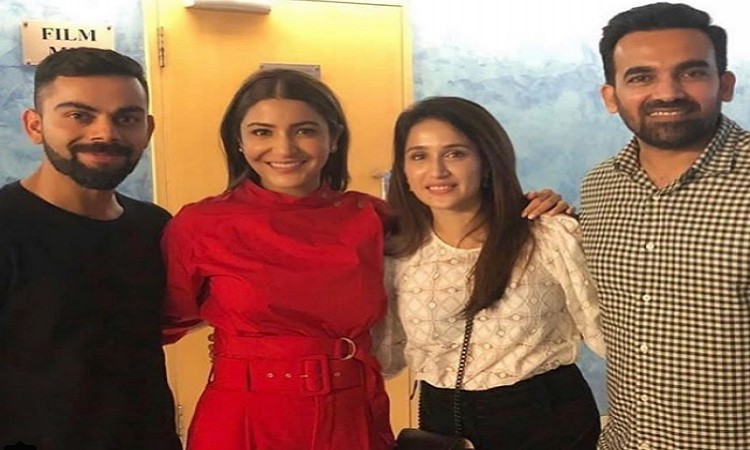 Mumbai, Sep 28 (CRICKETNMORE): Indian cricket captain Virat Kohli says his wife and actress Anushka Sharma's character Mamta from her latest release "Sui Dhaaga - Made in India" stole his heart and added that he is very proud of her.

Virat tweeted on Friday that he saw the film, which also stars Varun Dhawan and called it a "roller-coaster" ride.

"Saw 'Sui Dhaaga - Made in India' for the second time last night and I loved it more than the first time. What an emotional roller-coaster with brilliant performances by the entire cast."

He praised Varun's and Anushka's performance in the film.

"Mauji was superb Varun. But Mamta's character stole my heart totally. Her ability to be so quiet yet so powerful and impactful makes you fall in love with her. SO proud my love Anushka Sharma. Don't miss it guys!" he added.

"Sui Dhaaga-Made in India", which released on Friday, is a special salute to the inherent entrepreneurial spirit that the youth of India and the country's local artisans have.

It brings together the National Award winning producer-director combo of Maneesh Sharma and Sharat Katariya after their blockbuster "Dum Laga Ke Haisha".