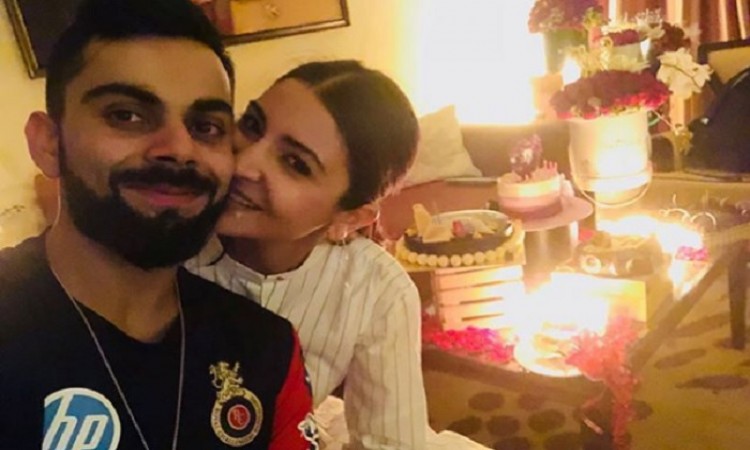 Mumbai, May 15 (CRICKETNMORE):  Bollywood actress Anushka Sharma cheered for her husband and star skipper Virat Kohli, who is currently busy with the Indian Premier League (IPL), while she was on the set of her film "Zero".

Anushka on Monday encouraged Virat and his IPL team Royal Challengers Bengaluru (RCB), who were playing against Kings XI Punjab at the Holkar stadium in Indore.

The "PK" actress posted a string of photographs of herself from the sets of her upcoming film "Zero". In a few images, she is seen watching the IPL match and later posted a photograph of herself in an olive green T-shirt which had Virat Kohli and the number 18 written on the back. She paired it with black pants.

"Come on boys," Anushka, who married Virat in Italy in December, captioned the image.

RCB trounced Kings XI Punjab by 10 wickets in the match on Monday.