The fielding effort from four-time champions Mumbai Indians (MI) caught as much attention as Suryakumar Yadav's 47-ball 79 and Jasprit Bumrah's 4/20 in a winning cause on Tuesday, as nine of the 10 Rajasthan Royals (RR) batsmen were dismissed via catches, two of which could be contenders for the catch of the IPL season prize. 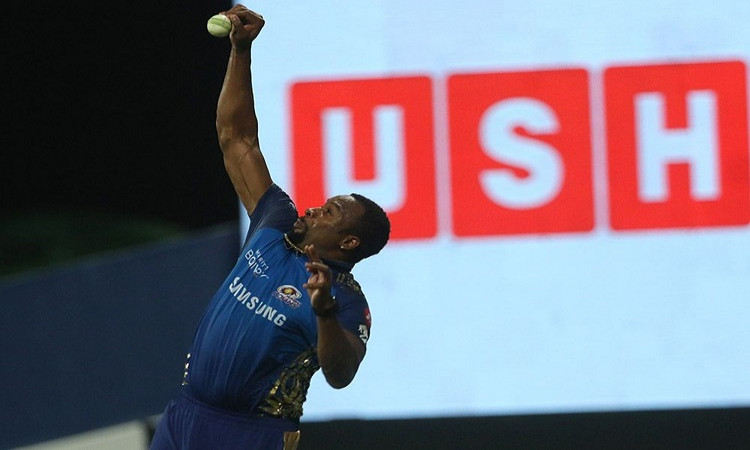 The first catch at the Sheikh Zayed Stadium was taken by substitute MI fielder Anukul Roy off the bowling of Rahul Chahar to dismiss Mahipal Lomror, who was the top scorer for RR in their previous match against Royal Challengers Bangalore.

Lomror was on 11 runs when he looked to go big towards the leg side. He only got a leading edge and the ball flew over the vacant mid-off position. Anukul ran backward to his left from extra cover before he put in a full-length dive, caught the ball mid-air, and held on to it even after he made an impact with the ground.

The next extraordinary catch was taken by the towering Kieron Pollard and it was the wicket that effectively confirmed victory for MI. Jos Buttler was the only man keeping RR in the chase and was on 70 off 44 when he tried to hit James Pattinson over long-on for what would have been his sixth six of the innings.

Pollard took a few strides to his left and then reached for the ball with his outstretched right hand. It only ended up hitting his forearm and looked like it might drop to the ground. But the Trinidadian managed to recover and hold on to the ball to end Buttler's rampage.

MI captain Rohit Sharma, who himself took a sharp catch to dismiss Ankit Rajpoot and thus end the RR innings, said that fielding was something that the team had worked hard on. "We can have ups and downs with the bat and ball but fielding is something we can control. It is something that we pride ourselves with and work very hard on," he said in the post-match presentation ceremony.