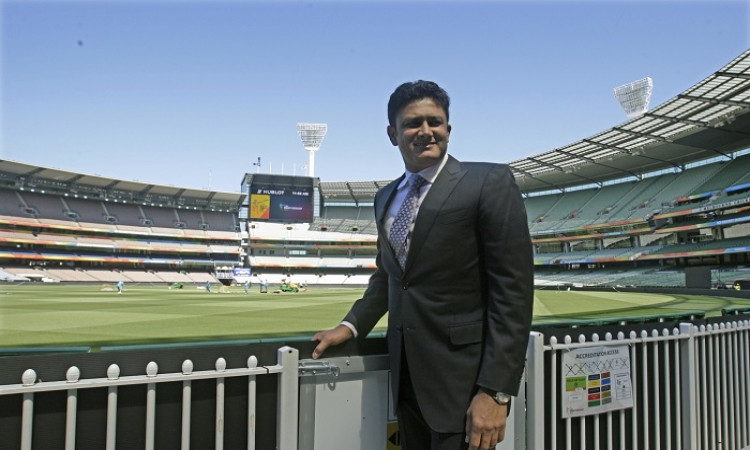 Former Indian opener and current BJP lawmaker Gautam Gambhir termed Kumble the biggest match-winner for the country and tweeted: "Birthday wishes to India's greatest match-winner Anil Kumble! Have learnt so much from you and you are the best leader that I have played under! Thanks for inspiring generations of cricketers".

Also Read: Will speak to selectors about MS Dhoni on Oct 24: Sourav Ganguly

Virender Sehwag also posted a quirky birthday wish for Kumble and tweeted: "One of India's greatest ever match winners and a terrific role model. Sorry for depriving you of your second century Anil Kumble Bhai. But I pray that you score a century in real life. Only 51 more to go, come on…come on Anil Bhai! Happy Birthday."

Kumble had played an unbeaten knock of 110 runs in The Oval Test against England in 2007.

"Wishing you a very special birthday and a wonderful year ahead Anil Kumble. May God shower you with blessings today and always and I am sure this special day will bring you endless joy and tons of precious memories," VVS Laxman tweeted.

"Many more happy returns of the day to India's greatest match-winner Anil Kumble Bhai. May you continue to inspire and have a healthy and joyful life ahead," tweeted Mohammad Kaif.

Kumble is counted among one of the most decorated spinners of all time. He represented India in 132 Tests and 271 ODIs in which he scalped 619 and 337 wickets respectively.

His tally of Test wickets is, in fact, the most by an Indian bowler and third on the overall list. He is only the second bowler in the history of Test cricket to take 10 wickets in an inning.

In June 2016, he was appointed as the head coach of the Indian men's team by BCCI for a period of one year, but resigned due to "untenable" differences with captain Virat Kohli.

Recently, he has been appointed as the director of cricket operations of Kings XI Punjab in the Indian Premier League (IPL). Kings XI will be the third IPL team Kumble will be involved with. He started out as a player -- and later captain -- with Royal Challengers Bangalore (RCB) in 2008. He was then appointed as a mentor by the same team, before joining Mumbai Indians in a similar role in 2013.