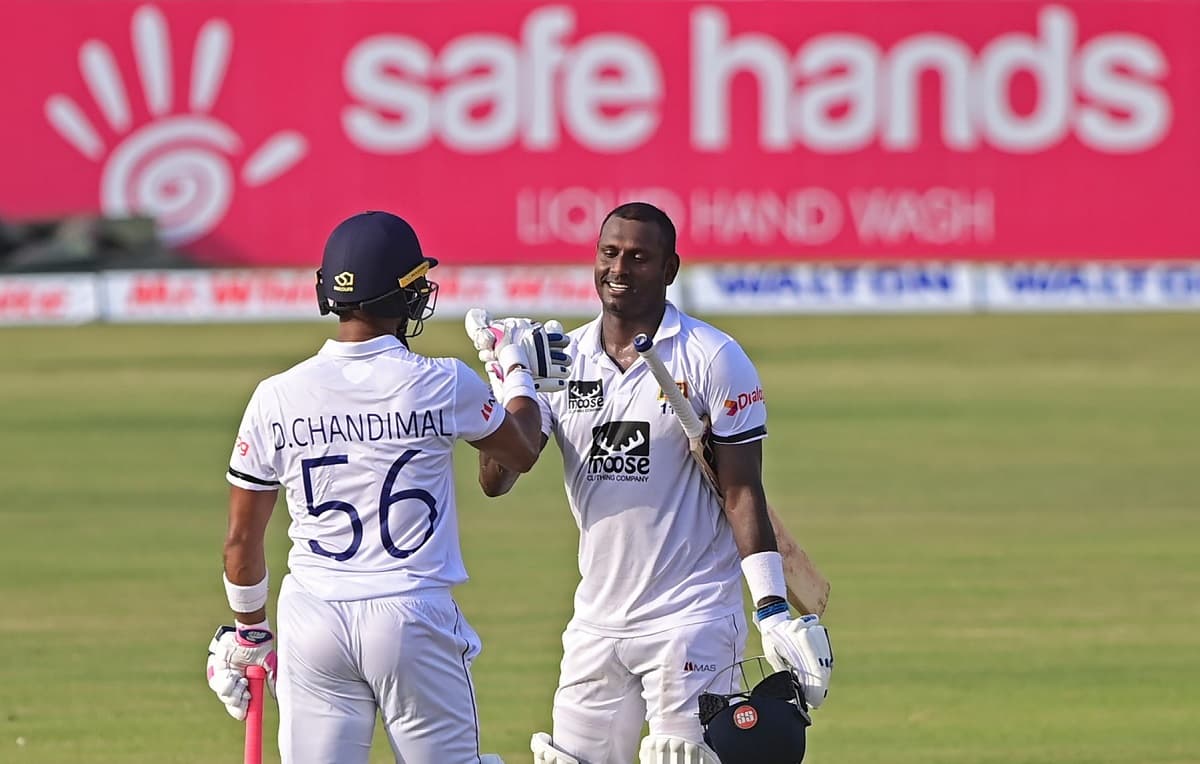 A crafty century from veteran Angelo Mathews (114 not out) put Sri Lanka in a strong position at the end of the opening day in the first Test against Bangladesh, here on Sunday.

Sri Lanka were 258/4 at stumps on Day 1 with Mathews, Dinesh Chandimal (34 not out) at the crease. Though the day was mostly dominated by Sri Lanka batters, spinners Nayeem Hasan (2/71), Shakib Al Hasan (1/27) and Taijul Islam (1/73) ensured that the Bangladesh have something to work with going into the second day.

Earlier, Sri Lankan skipper Dimuth Karunaratne won the toss and opted to bat first. The hosts were bolstered by the availability of all-rounder Shakib Al Hasan, who recovered from COVID-19 to slot in the playing XI.

It was a solid start for the visitors, with Karunaratne and Oshada Fernando blunting the Bangladesh pacers in their opening burst. With the pacers not getting much zip, Nayeem Hasan was quickly brought into the attack. Spin then did the damage as Hasan would trap the Sri Lankan skipper lbw for 9, with Karunaratne reviewing the call unsuccessfully.

Fernando was joined by Kusal Mendis at the crease and the pair batted steadily for large parts of the first session.They looked relatively at ease against the twin-spin threat of Hasan and Taijul Islam, punishing the bad deliveries away.

But the hosts hit back before lunch, with Hasan again delivering the breakthrough. A well-set Fernando was trapped by a floated delivery around off, which got the faintest of edges, leading to a caught behind. Fernando immediately reviewed the call, but UltraEdge showed a spike and the opener had to walk back for 36. Mendis and Angelo Mathews survived the remainder of the session, with Sri Lanka heading to lunch at 73/2.

Post-lunch, Mendis and Mathews would establish a vital partnership for the visitors while scoring at a decent click. Mendis brought up his 13th Test half-century, in an innings full of solidity and composure. Mathews also looked in good touch as the Lankans made full use of the batting-friendly conditions.

For Bangladesh, Shakib bowled brilliantly, holding one end up by bowling some tight lines and lengths. His brilliant work almost reaped the rewards for Taijul Islam, as Angelo Mathews was adjudged to be caught behind. Mathews though reviewed the call and successfully managed to overturn the decision. The veteran brought up his half-century before the end of the session, as the visitors headed to tea at 158/2.

The tea break brought respite for Bangladesh when Taijul broke the 92-run partnership between Mathews and Mendis by removing the latter off the very first ball of the third session. Mendis (54) misjudged a short delivery from the left-arm spinner and ended up giving an easy catch to the mid-wicket fielder, an ICC report said.

One brought two for Bangladesh when Dhananjaya de Silva fell to Shakib for 6. After initially being given not out, DRS came to Bangladesh's rescue, showing Dhananjaya edged the ball onto his pad and into the hands of slips.

With wickets falling, Mathews switched gears and took the attack to the spinners. Dinesh Chandimal, at the other end, also preferred stepping out and smashed a couple of sixes as well. Mathews soon brought up his 12th Test century with a boundary towards mid-wicket and raised his bat to soak in the applause.The two batters batted through to the end of the day's play at 258 /4.