Kolkata, April 19 (CRICKETNMORE):  While Kolkata Knight Riders (KKR) have not ruled him out of their crucial Indian Premier League (IPL) game against Royal Challengers Bangalore (RCB) on Friday, Andre Russell skipped practice on Thursday following a left shoulder injury after being hit by a bouncer. 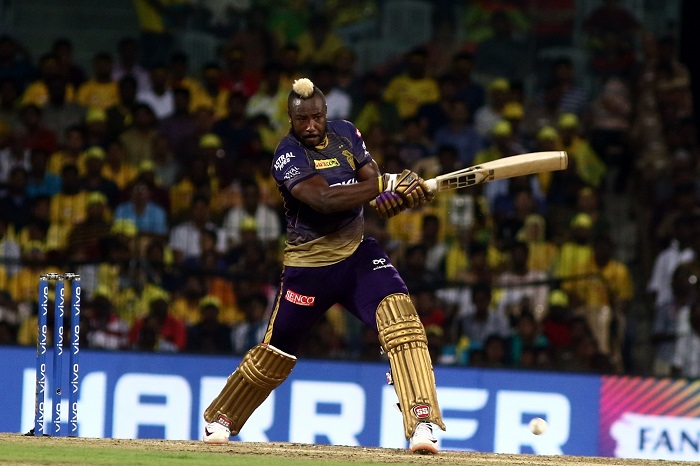 In Russell's absence, fellow West Indies teammate Carlos Brathwaite was seen batting for a long time at the nets and rolling his arms too with indications that he might be drafted in if Russell misses out.

Brathwaite, who is KKR's biggest pick at Rs 5 crore at the auctions, has so far played only one match, against Delhi Capitals here that they lost by seven wickets.

KKR skipper Karthik did not rule out the Jamaican at the pre-match press conference.

"He's got a preliminary X-ray yesterday and it's not even been 24 hours. By tomorrow, we will get a much better idea as to how he feels," Karthik said of Russell.

Russell, who is KKR's leading run-getter and main hope, was hit by a bouncer from a net bowler during training and was seen in pain as the support staff rushed to the ground.

It is the same left shoulder where Russell was hit by a Harshal Patel delivery during KKR's match against Delhi at the Kotla.

KKR have suffered a hat-trick of losses as Karthik urged his batsmen and bowlers to buck up.

On the other hand, talking on Russell, RCB bowling coach Ashish Nehra said: "As a cricketer, I would like him (Russell) playing with my bowlers doing well against him and take his wicket. Fans also want to see good cricket. It's not for Russell to hit big sixes everytime."