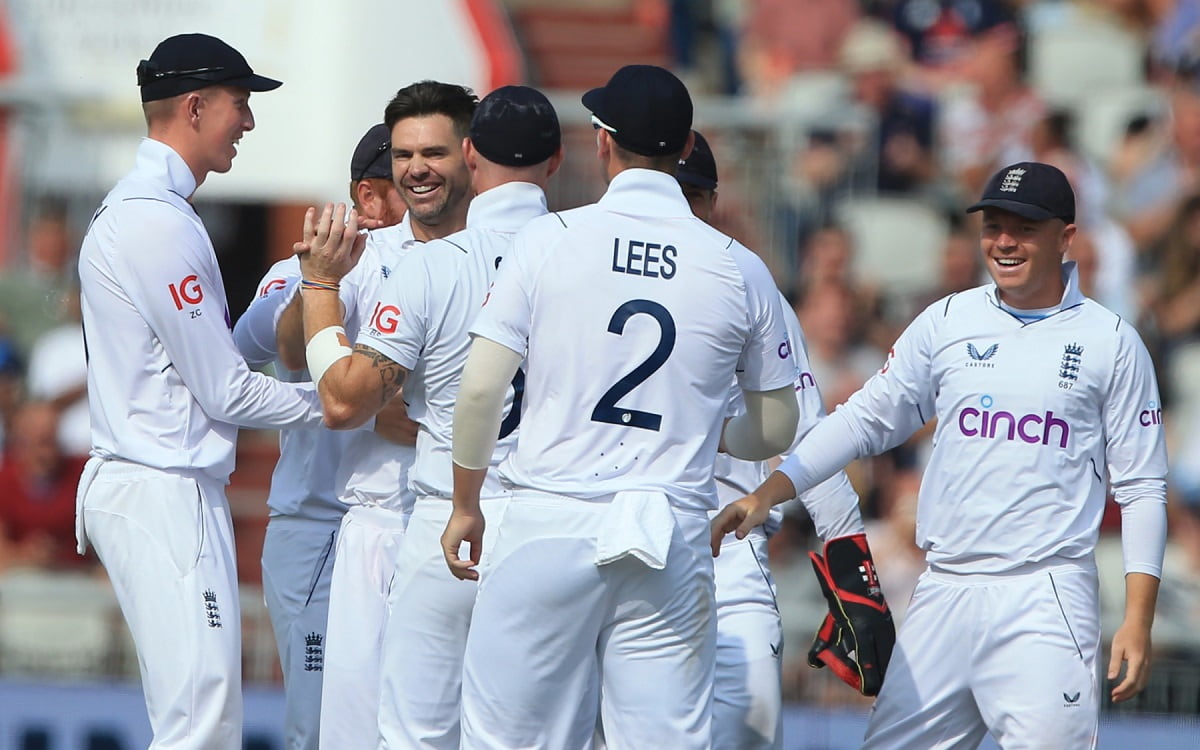 James Anderson made the breakthrough as England pressed for a series-levelling win over South Africa in the second Test at Old Trafford on Saturday.

The Proteas were 88-3 in their second innings at lunch on the third day, still 176 runs adrift of England's first innings 415-9 declared -- a total built on Ben Foakes's 113 not out and Ben Stokes's 103, his first hundred since being appointed England captain.


'Looking To Soak In The Conditions For Upcoming T20 World Cup': Zimbabwe Captain Regis Chakbva Ahead Of ODI Series Against Australia

Anderson, starring yet again from the end named after him on his Lancashire home ground, had interval figures of 1-15 in seven overs, with fellow pacemen Stuart Broad (1-16 in six) and the recalled Ollie Robinson (1-26 in 10) in the wickets as well.

South Africa resumed on 23-0, facing a huge task to preserve a 1-0 lead in this three-match series after an innings and 12-run rout of England in the first Test at Lord's.

But nine overs into Saturday's play both their openers had been dismissed.

South Africa captain Dean Elgar fell without addition to his overnight 11 when he was clean bowled by a full-length delivery from 40-year-old England great Anderson that held its line and kept a touch low before sending the left-handed opener's off-stump cartwheeling.

South Africa's 33-1 soon became 39-2 when Elgar's fellow left-handed opener Sarel Erwee, who had taken his 12 not out at Friday's close to 25, played a curious shot that was neither a leave nor defensive stroke to edge a full-length Robinson delivery from around the wicket to wicketkeeper Foakes.

South Africa were almost 44-3 when Broad bowled the struggling Aiden Markram for a duck with a superb delivery that angled in, beat the outside edge and disturbed the off bail only to be denied the wicket by a marginal, but correct, no-ball ruling by third umpire Nitin Menon.

But it made little difference, with Broad dismissing Markram for six when the top-order batsman, who has now gone 15 innings without a Test fifty, edged a drive to Zak Crawley at second slip.