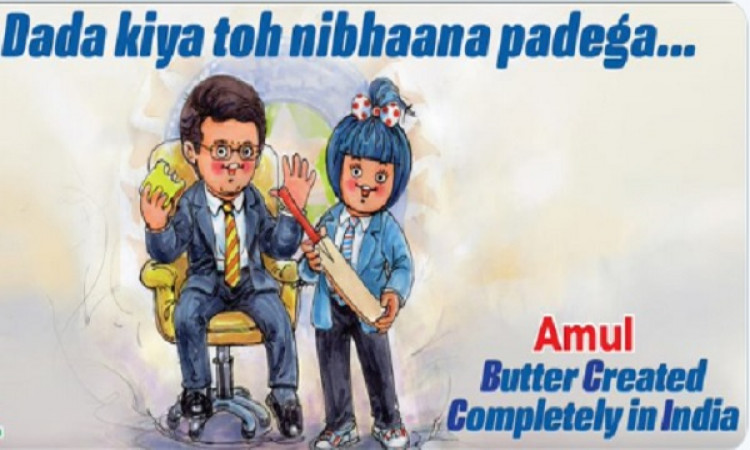 In its latest advertisement, Amul, known for its penchant for wordplay, featured Ganguly sitting on a chair, looking dapper in a suit and a tie and wearing his signature rimless glasses. The 47-year-old is seen to be enjoying a butter toast while the Amul girl is dressed in another blue suit and holding a bat in her hand.

The caption, in a cheesy twist to an old Hindi hit song from film "Taj Mahal" (1963) goes: "Dada (Ganguly) kiya to nibhana padega" (Ganguly has done it... so it's time he fulfilled it) with the punchline, "Butter Created Completely in India", denoting BCCI in a clever way.

Ganguly is set to become the BCCI President on October 23 at the Board's Annual General Meeting in Mumbai. The whole nation has been going gaga over the development with the former India captain hogging much of the limelight since late on Sunday night when the news emerged.