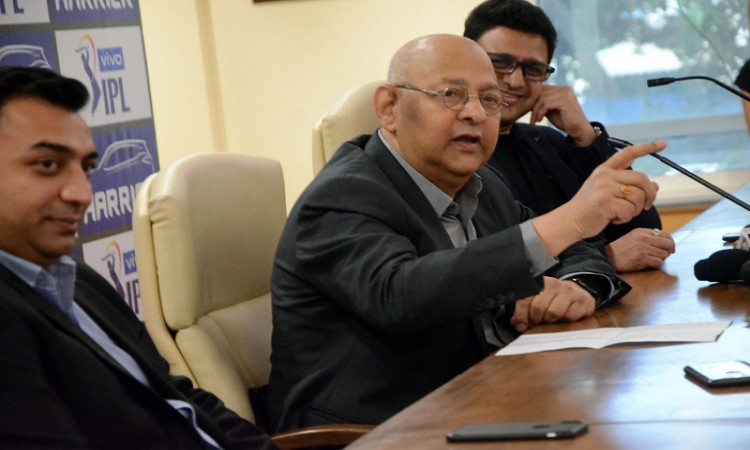 Mumbai, March 4 (CRICKETNMORE):  Board of Control for Cricket in India (BCCI) acting secretary Amitabh Choudhary, here on Monday, said he did not write any letter on behalf of the board urging the International Cricket Council (ICC) and its member nations to sever ties with countries that harbour terror.

Answering a question whether it was a mistake not to have named Pakistan specifically in the letter, he said," I did not write the letter."

"The chairman of the ICC (Shashank Manohar) has made a statement to address the issue and he has simply said it's a matter that is beyond ICC's domain," said Choudhary.

"I would like to put everything to rest, there is no difference of opinion. There was a written communication by the BCCI CEO with the ICC. There were two points in that communication. The first related to the security and well being of players as well as fans," he said.

The BCCI request was turned down by the ICC, which said it has no role to play in matters like these.

The letter was written in the aftermath of the Pulwama terror attack in which 40 CRPF personnel were killed.

Choudhary said the BCCI's primary concern ahead of the World Cup is players' security.

"The second matter related to suggesting that India and other ICC members take no part with teams, which comes from areas from where certain phenomenon emanate, but the letter didn't mention which areas."

"To which the ICC chairman, after discussing it with the board, which is the only policy making body of the ICC, stated it is not within the ICC domain to make a comment or a decision," he said.

"The BCCI's concerns were, as I said, primarily, according to the letter, security of players and fans, which the ICC has wholeheartedly agreed to address. ECB representative Colin Grave was of the same view," he said.

This Player Will Change The Whole Scenario For Virat Kohli…