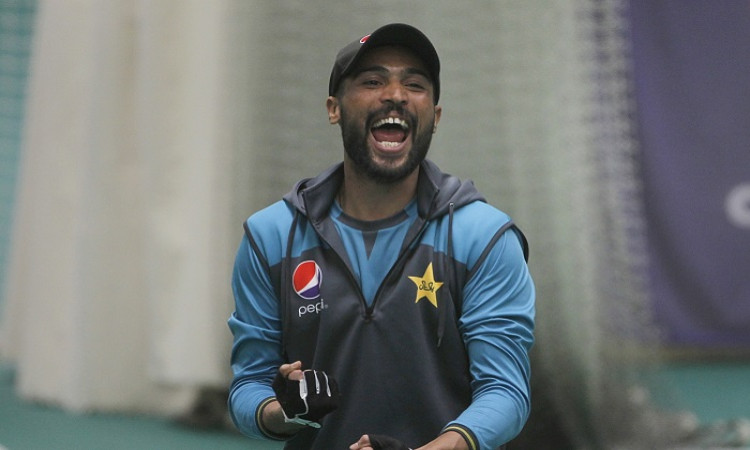 Lahore, May 20: Pakistan pacers Mohammad Amir and Hasan Ali have left the WhatsApp group created by the Pakistan Cricket Board after they were denied central contracts for 2020-21 season.

A report in cricketpakistan.com.pk quoted team sources as saying that it was not unusual for the players to voluntarily leave the group -- set up by PCB for issues and recommendations related to fitness -- after they are dropped from the central contract list.

Meanwhile, left-arm pacer Wahab Riaz, who was also left out of the central contract list, is still part of the WhatsApp group.

Last week, PCB announced a list of 18 players men's central contract list for the 2020-21 season, which will come into effect from July 1. Naseem Shah and Iftikhar Ahmad were the two new faces in the list.

PCB stated that Hasan, Amir and Wahab will remain in contention for selection in what will be a busier cricket season as compared to the one that has just concluded.

Following his exclusion from the list, Hasan had even posted a cryptic tweet which he later deleted. He last played for Pakistan in the 2019 World Cup clash against India at Manchester.

On the other hand, Amir last featured in the T20I series in Australia while Wahab also played his last international game in the same series.