Am The Universe Boss: Gayle From Hospital 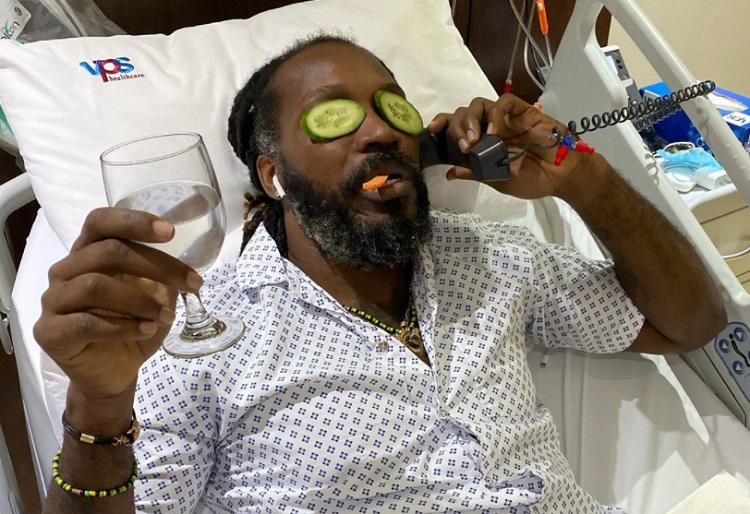 The Jamaican is yet to play a game in this edition even as KXIP have failed to secure victories. The Punjab franchise is lying at the bottom of the points table with just one win from seven matches.

"I can tell you this!!! I will never go down without a fight!! I Am The #UniverseBoss That will never change!! You can learn from me but it's not everything I do you should follow!! Don't forget my style and flare too!! #LivingDiLife #Always Thanks for all your concerns peeps, much appreciated (I really was on a phone call)," Gayle posted on Instagram.

Gayle had missed the October 8 game against Sunrisers Hyderabad due to an upset stomach, coach Anil Kumble had earlier revealed. "Chris Gayle was going to play today's match but he is sick. He is down with food poisoning that's why he isn't in the playing eleven," Kumble had said in an interview on TV.

Kings XI have struggled to get their batting in order with only Mayank Agarwal and KL Rahul doing the scoring. They would desperately need Gayle back, especially in place of an out-of-form Maxwell.