Am Ready To Unleash Special Deliveries In IPL T20: Kuldeep 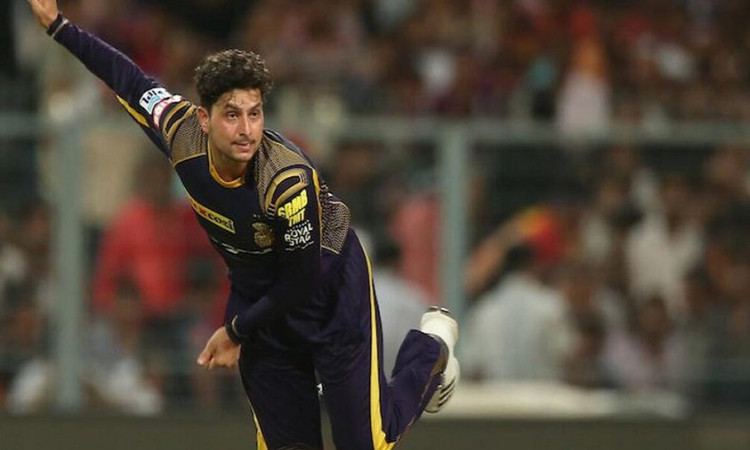 Unfazed by pressure of expectations after an underwhelming IPL show last season, Kolkata Knight Riders' Chinaman bowler Kuldeep Yadav says he is ready to unleash a few new tricks with the ball tailored for the T20 format when the Indian Premier League (IPL) starting on September 19.

Statistically, IPL 2019 was the spinner's worst IPL season, when he picked just four wickets in nine games at a poor economy rate of 8.66. This led to him getting dropped by KKR for the business-end of the competition. The team finished fifth and failed to qualify for the playoffs for the first time since 2015.

Kuldeep last played a T20 game for India in January against Sri Lanka in Indore. The 25-year old bowler from Uttar Pradesh was part of India's ODI side which played New Zealand in Hamilton on February 5, before the COVID-19 pandemic brought the world to a standstill.

"I have worked on a few deliveries especially for the T20 format. It will be there for all to see during the IPL," Kuldeep revealed in an exclusive interview from Abu Dhabi.

Kuldeep said that his chances of success would be enhanced by helpful conditions in the United Arab Emirates (UAE) coupled with his seamless acclimatisation to the sultry conditions in India.

"These conditions suit me. It is very hot here. When I was at home, it was the same... hot and humid. So, I did not feel the heat that much here," he said. "From that point of view, I am happy. If you talk about the wicket, I am happy as we expect spin friendly wickets. So, I can get a lot of advantage here."

Asked about the takeaways from a forgettable IPL season, Kuldeep said he does not rush things anymore and is more willing to accept failure which in the long run helps in becoming a better player.

"You need to plan every time. The experience is very important. At the same time, you always get time to do a certain thing. You should not rush it. There are chances of mistakes if you rush things. Cricket is such a game where you cannot do well all the time. You have to face failure. Only then you become a good player," he said.

"This experience is something I will learn from, what happened to me last time in the IPL. It happens to everybody. Struggle is a part of the game. It should not be hyped in such a manner which affects performance. People will talk. A player should not be judged on that basis. You rarely get to see the effort put in. It works sometimes and doesn't at certain times," said Kuldeep, who burst onto the limelight with a four-for against Australia in Dharamsala on debut in 2017.

As an established regular India player, Kuldeep is looked up to in the KKR ranks to deliver the goods.

Is there pressure of expectation? "I don't take it as a pressure. Yes there are expectations from the fans, family and team. You always want to live up to that. I don't have pressure but I do want to meet the expectations and take the team forward," said Kuldeep who by now has played six Tests, 60 ODIs and 21 T20s.

"As a senior player, you always want to perform and fans also expect the same. So, you do feel nervous maybe, but I don't take it as pressure," he emphasised.