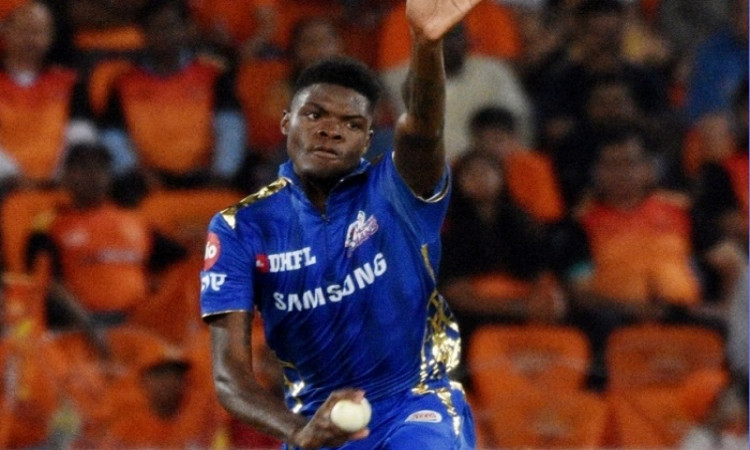 In a series of videos shared on his Instagram page, Alzarri is seen working out at the gym and shadow bowling slowly with the World Cup going on in the background.

Alzarri impressed all as he finished with best-ever Indian Premier League (IPL) figures of 6/12 in his debut game against Sunrisers Hyderabad in this season's IPL. But a bad tumble while fielding against Rajasthan Royals saw him dislocate his shoulder.

Not only was he ruled out of the league, but also the World Cup. It was then that MI took him under their wings and looked after the pacer. The franchise will continue to help him regain full fitness. The pacer is expected to continue rehab for another two months.